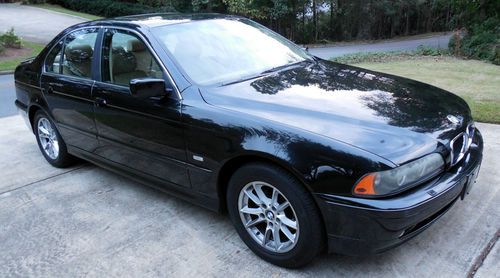 Condition: UsedA vehicle is considered used if it has been registered and issued a title. Used vehicles have had at least one previous owner. The condition of the exterior, interior and engine can vary depending on the vehicle's history. See the seller's listing for full details and description of any imperfections.Seller Notes:"A few small dings on exterior. Navigation monitor display works sporadically."

Equipped with a  2.5L  engine and an automatic  transmission that provide excellent MPG. Some options include power sunroof, leather interior, power seats with memory settings, wood trim, CD player, and more. Runs and drives great. The color option of this sedan is black metallic paint with  tan leather interior. The exterior is in great shape. The paint is shiny. There are few dings on the vehicle. Interior of this vehicle is extra clean, smoke and odor free. Leather seats are in great shape. Smooth shifting transmission and no engine leaks have been detected. New front and rear brake pads. AC is very cold. Suspension is tight and quite. Tires are in good condition.