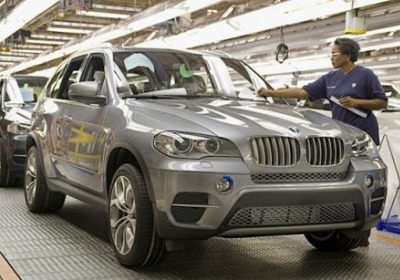 According to a report from CNNMoney, BMW has been hit with a lawsuit from the US Equal Employment Opportunity Commission after revised criminal background check policies resulted in the dismissal of 88 contractors, 70 of whom (that's about 80 percent) were black. A total of 645 contractors were required to submit to background checks at BMW's facility in Spartanburg, South Carolina after BMW switched contract companies at its plant.

Though the 88 persons who were not rehired by the new contractor all had criminal records, that may not necessarily be a legal way to screen applicants, as the EEOC counters: "BMW's policy has no time limit with regard to convictions. The policy is a blanket exclusion without any individualized assessment of the nature and gravity of the crimes, the ages of the convictions, or the nature of the claimants' respective positions."

BMW's actions were in violation of the Civic Rights Act of 1964, according to the EEOC, because they utilized "a criminal conviction policy that disproportionately screened out African-Americans." A recent bulletin offering guidance from the EEOC on the Civil Rights Act can be found here, but the EEOC's stance on the issue has been the same for years: "Since issuing its first written policy guidance in the 1980s regarding the use of arrest and conviction records in employment decisions, the EEOC has advised employers that under certain circumstances, their use of that information to deny employment opportunities could be at odds with Title VII."

BMW argues that background checks are legal, a fact that the EEOC concedes, and it "believes that it has complied with the letter and spirit of the law and will defend itself against the EEOC's allegations of race discrimination." The automaker adds, "The BMW plant in South Carolina employs thousands of people and providing a safe work environment is one of the Company's highest priorities."

Sounds like the company and the EEOC are in for a long legal battle...