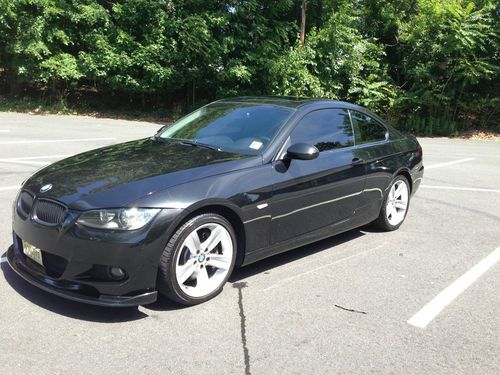 Condition: UsedA vehicle is considered used if it has been registered and issued a title. Used vehicles have had at least one previous owner. The condition of the exterior, interior and engine can vary depending on the vehicle's history. See the seller's listing for full details and description of any imperfections.Seller Notes:"Used car, in excellent condition. Normal wear"
2008 BMW 335XI COUPE
Hello ebayers,
Up for sale is my 2008 bmw 335 xi coupe.  What a awesome car, twin turbo, fully loaded!! sport wheels.  The car is the M-tech.  The bumper is m-tech, I have added a lip kit to it to make it more aggressive looking. Car has tints all around.  ONLY 50K MILES!!  The car was just serviced at BMW 1 month ago.  The car is a pure beauty and there are not many around like this.  Please feel free to ask any questions.
973-997-9491  My name is EINAR