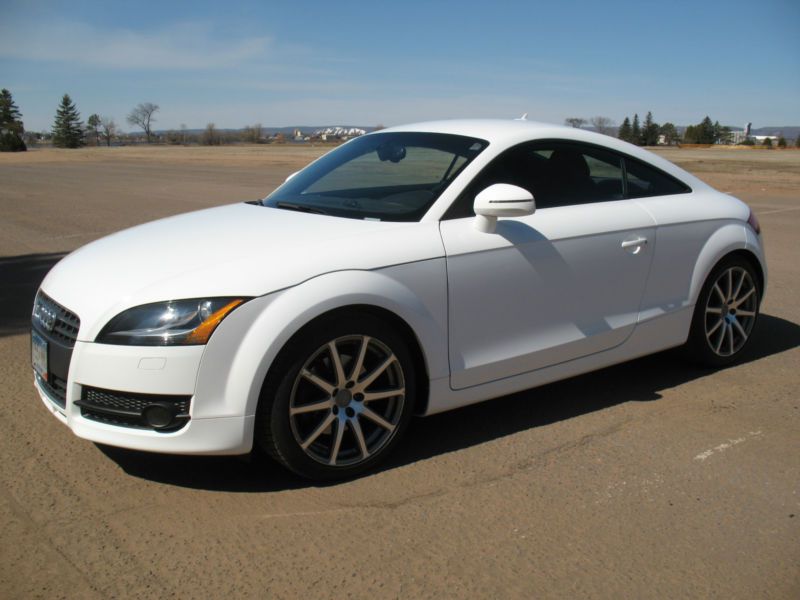 If you have any questions or would like to view the car in person please email me at: jasonjaabila@seeksgirlfriend.com .

Extra clean 2010 Audi TT Quattro Coupe with 47,5xx very well taken care of miles. Still under Audi dealership
transferable warranty until June 1st. This vehicle runs and drives great with no issues of any kind.
The 4 cylinder 2.0 turbocharged engine sounds great and performs perfectly. The S-tronic transmission shifts
flawlessly, very quick and precise. All wheel drive, nearly 30 MPG and 0-60 in 5.7 seconds. No other car like it.
Four brand new Continental ExtremeContact DSW tires recently installed.
The exterior paint (Ibis White) is in excellent condition. The red leather interior is also in pristine shape. A
beautiful color combination. All original paint and body matching panel VIN tags. There is some curb rash, mainly
on the front wheels. Clean AutoCheck record.
This TT is a Premium Plus optioned edition which consists of: High intensity Discharge Xenon auto leveling
headlights; heated, 6-way power seats: auto rain sensing wipers, auto-dimming mirror; Homelink opener system; .
Also, has the special interior storage package: hidden under-seat compartments and rear seat cubby.
Audi Symphony sound system sound great, consists of Bluetooth and a nine-speaker CD/MP3 stereo with satellite
radio.
Except for a remote start (for turning on the heat or A/C before entering the vehicle) this vehicle is completely
stock and unmolested. It has never been modified or any performance parts added.
This TT has been serviced on schedule by the local Audi dealer through an original Audi Care policy.
2.0T Engine - super quick and fun to drive
Premium Plus Package
4WD Quattro
New Tires at 45,500 miles
Only 47,4xx miles
Garage kept and in very, very good condition
Drives incredibly. You will not be disappointed.