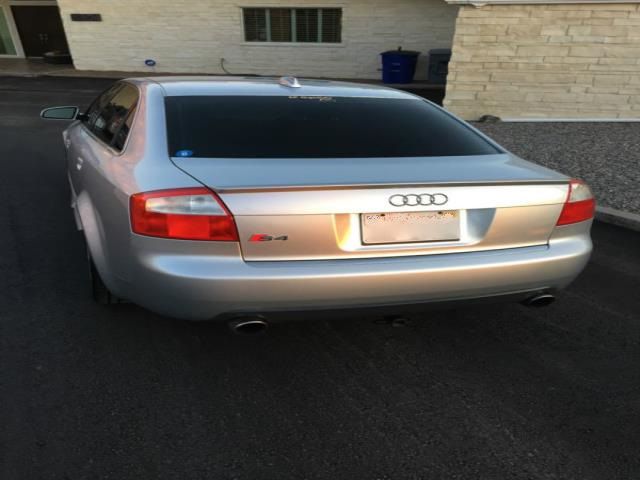 This is an amazing car. I am the original owner. I have always babied this car, and it was always garaged whenever possible. The car is mostly stock, with the following modifications: 1. South Bend Stage 2 performance clutch with high performance single mass flywheel. I replaced the stock clutch at around 75,000 miles with this clutch. It gives the engine a much faster spin up, and has a slightly lighter feel than the stock clutch. 2. Updated Navigation system , the steering wheel controls work with it, and the center TFT screen by the speedometer gives you information in full color (station, navigation directions). The only part of it that is not hooked up is the bluetooth phone -- if you want this you have to purchase an extra module and speaker. The nav system works great. It also includes XM radio, and has 2 slots for SD cards behind the screen. 3. Milltek Catback non-resonated Exhaust -- this system is AWESOME!

Following the debut of the Lamborghini Huracán, work is now well well under way on its cousin. That, of course, would be the next-generation Audi R8, the followup to the model that put Ingolstadt on the supercar map in 2006 and has been on the market ever since. That's an eight-year lifespan, though to be fair, for 2014 it has gotten a pretty meaningful update. Still, that's a long lifecycle, even if the Gallardo with which it shares its underpinnings was around even longer. In other words, it's about due for replacement.
Fortunately, that's just what Audi has in the cards. We've seen prototypes wearing heavy camouflage lapping the Nürburgring a couple of times over the past few weeks, but now it's been snapped nearly completely undisguised, with largely bare black bodywork giving us an even better look at what to anticipate.
So what are we looking at here? A sharper-looking take on the existing design, for starters, so onlookers and customers alike shouldn't have any trouble identifying this as an R8 - but a newer one at that. It seems to take some cues from the new TT, particularly around the headlights, with more squared-off elements throughout. There's an adaptive rear wing poking out the back and more pronounced side-blade intakes between the doors and the rear wheels, which themselves are wearing ultra low-profile rubber.