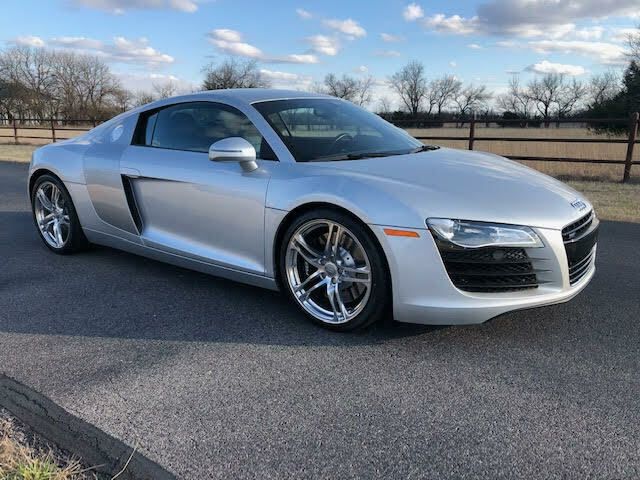 If you have any questions or would like to view the car in person please email me at: keenankkkleid@ukfriends.com .

Holy moly. Despite the fact that Audi first released details on its 2013 RS6 Avant back in December, we're still just as smitten with it now as we were a couple months ago. And why wouldn't we be? This stunning piece of forbidden fruit combines two of our favorite things: fast Audis and useful wagons.
The meat and potatoes behind the RS6 Avant is its twin-turbocharged 4.0-liter V8, tuned to crank out 560 horsepower and 516 pound-feet of torque. Mated to an eight-speed automatic transmission, the all-wheel-drive wagon can scoot to 60 miles per hour in just 3.9 seconds, on its way to a top speed of 155 mph. Opting for the Dynamic package ups that v-max to 174 mph, and selecting the Dynamic Plus pack increases that even further to 190 mph.
This RS6 Avant certainly looks the part of an extreme ass-hauler, fitted with the usual RS-spec gaping air intakes, 21-inch wheels, sport exhaust and carbon fiber ceramic brakes. Combine all that goodness with dynamic ride control, an adaptive air suspension and torque-vectoring Quattro all-wheel drive, and we have no doubt that this thing will scare off every other station wagon in the parking lot. (Well, except maybe that Mercedes-Benz E63 AMG. Woof.)

We were baffled a few weeks back when the American Le Mans Series and Grand-Am Rolex Sports Car Series announced new classes that will make up their combined racing program in 2014. Gone from the list is the Le Mans Prototype class, otherwise known as LMP1. The LMP1 class has long been the top dog of endurance racing, both in Europe and the US, so we couldn't figure out why this newly minted racing series was jettisoning it like yesterday's donuts.
It appears as if Audi is confused by the move as well. The German brand has announced it will participate in this year's ALMS opening round, the famed 12 Hours of Sebring, as it does every year, and bringing two Audi R18 E-Tron Quattro hybrid race cars with which to compete. Unlike every other year, Audi is treating this year's race as its potential swan song in this famous Florida race.
There's a good reason that Audi is so fond of the 12 Hours of Sebring, as it debuted the gas-powered R8R there in 1999 that kicked off its participation in the upper echelon of endurance racing. The R8R preceded the R8, which debuted at Sebring in 2000 and won that race, starting an amazing career for that car that included five more wins at Sebring. The R8 was followed by the R10, then the R15 and R18, and finally we wind up at today's R18 E-Tron Quattro - all winners, all dominant, all exciting to watch.

Racing fans may know Audi best for its Le Mans team that's positively dominated the endurance racing scene. But as formidable as its Le Mans program is, that's only one of the racing disciplines in which Audi competes. It also competes in the full FIA World Endurance Championship, as well as Germany's popular DTM touring car series and supports customer teams in GT racing series around the world. And now the competition division is getting a new headquarters.
Audi Sport has until now been based in an old supermarket near to the company's head offices in Ingolstadt, but is now moving into a brand new, state-of-the-art facility 12 miles to the west in nearby Neuburg. The result of some 20 years of planning and two years of construction, the complex covers 116 acres of land in Neuburg-Heinrichsheim and will house engineers, technicians and other staff who deal with the R18 E-Tron Quattro, the RS5 DTM and R8 LMS Ultra that compete the world over.
The facility was officially opened this past Saturday with participation from top Audi brass and local government officials and included demonstrations from all three of those racecars around the on-site test track. The works team has begun moving in and the customer racing department will move into its new Motorsport Competence Center in the first half of 2015.