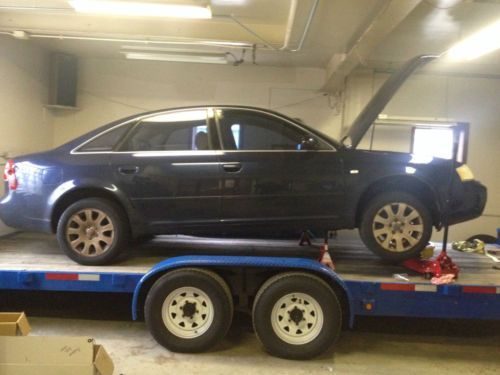 There existed an era in German touring car racing between when the DTM series was revived in 2000 and when BMW rejoined in 2012. During that twelve-season span, the wins were pretty evenly divided between Audi and Mercedes-Benz, the only two manufacturers who took part. Audi won six drivers' titles in that time and Mercedes won six (although Benz won considerably more constructors' titles).
Now that BMW is back in the race, though, it's an entirely different game. BMW has won the lion's share of the races in the past two seasons, taking both titles in 2012 and the constructors' title last season. The winning driver last season, though, was driving the RS5, making Audi the only one that really stands a chance of putting up a fight against BMW. It undoubtedly hopes to extend that challenge in the coming season, and this is the car with which it aims to do so.
Taking on the Mercedes-AMG C-Class Coupe DTM and the new BMW M4 DTM will be the revised RS5 DTM you see here. Bearing a stronger resemblance to the road-going RS5 you can buy, Audi's new DTM challenger benefits from a revised aero package with more streamlined side mirrors, closed rear wheel arches and reprofiled side sills. The V8 engine carries over (much as it did from the previous A4 DTM and A5 DTM) with 456 horsepower driving the rear wheels through a six-speed sequential gearbox.