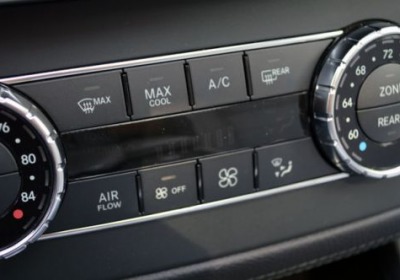 The case of Dupont and Honeywell's refrigerant R-1234yf is doing the exact opposite of keeping things cool. The two chemical companies have spent years and hundreds of millions of dollars developing R-1234yf to replace R-134a, the new refrigerant shown to be 99.7-percent kinder to the environment than the one it is meant to succeed. Part of that development has been years of testing by governments, outside safety agencies and automakers to approve the chemical for use in cars. It passed the protocols necessary for the European Union to declare that new and significantly revised cars from 2013 onward needed to use R-1234yf, and mandated that every car as of 2017 must use it.

Enter Daimler AG. The automaker created a head-on collision test with a B-Class at their Sindelfingen test track that would lead to the pressurized refrigerant being sprayed on the engine. The result in 20 out of 20 test was that the refrigerant burst into flames as soon as it hit the hot engine, while Daimler says that R-134a does not catch fire in the same test. Another unexpected result of the R-1234yf test was the release of hydrogen flouride, a chemical far more deadly to humans than hydrogen cyanide, emitted in such amounts that it that turned the windshield white as it began to eat into the glass.

Said a Daimler engineer in a Reuters piece, "It was scarcely believable. The most complicated lab tests conducted using the most sensitive measuring instruments around found nothing and all we do is drive a car around a couple of times, open a tiny hole in the refrigerant line and the next thing you know the car is on fire." So Daimler said it wouldn't use the refrigerant, and it recalled the cars it had already shipped with R-1234yf.

Honeywell and Dupont pointed to the years of successful tests and accused Daimler of deliberately staging its test so that the car would catch fire – various fluids in an engine will catch fire if sprayed on the engine in a certain way – suggesting among other things that Daimler didn't want to pay the higher cost of the R-1234yf coolant. At least two other German and Austrian testing agencies have cautioned against the new chemical, a German firefighters organization has lobbied to have it banned while a rival German firefighters organization has cleared it for use, some German authorities are asking that automakers be given more time by the EU to conduct more tests, and it's reported that 13 carmakers have begun their own testing based on Daimler's initial findings.

A report in Bloomberg says that Volkswagen has joined Daimler in refusing to use R-1234yf in its cars. There aren't any 2013 VW models that fall under the EU mandate for use this year, so the fact that VW is speaking up means it wishes to lodge a vocal protest. Other automakers are still committed to the new chemical; Buick, Cadillac, Chevrolet and GMC are still switching over in 2013, and Toyota in the EU has gone on record saying it hasn't found any safety issue with R-1234yf. The EU says it will enforce its decree, but no penalties have been mentioned for any automaker defying the order. Honeywell and Dupont are waiting to see what will happen, a Honeywell manager saying, "The key element for the EU government is forcing the implementation of their rule."