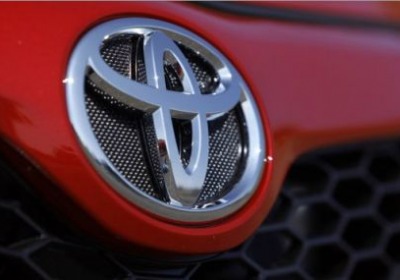 Kelley Blue Book announced its annual Best Resale Value Award winners, and we weren't too surprised to see the list dominated by Japanese automakers – mainly Toyota and Honda. KBB hands out the awards based on the projected residual value of mostly all 2013 model year vehicles, and Toyota skated home with a number of awards including 10 of the 22 overall categories and having five of its products in the top 10 for models with best resale value. KBB's Best Resale Value Awards were announced in the same week as the ALG Residual Value Awards, and there were many similarities between both lists, especially when it came to Toyota.

To come up with its winners, KBB measures depreciation over the first five years of ownership, and looks for the cars it expects to hold its value the best after this time; on average, the report says the 2013 model year vehicles will lose 61.8 percent of its value in five years. Of the 22 categories, 15 slots were filled by Toyota, Honda and Nissan products, while the Camaro and Porsche (Cayenne and Panamera) each took home a pair of awards. If Toyota has anything to be upset about in this list of cars, it's that categories for Hybrid/Alternative Energy Car and Electric Vehicle went to the Ford Fusion and Chevrolet Volt, respectively.

The overall top 10 models for the best resale value in 2013 are, in alphabetical order:
Scroll down to see KBB's press release that includes a breakdown of all individual category winners.

IRVINE, Calif., Nov. 26, 2012 /PRNewswire/ -- The 2013 model-year vehicle winners of the annual Best Resale Value Awards, recognizing current and forthcoming vehicles for their projected retained value throughout the initial five-year ownership period, were announced today by Kelley Blue Book, www.kbb.com, the leading provider of new and used car information. Since depreciation (or loss of value) is typically a car buyer's primary expense during ownership, these awards, like all of KBB.com's new and used vehicle information, are designed to help consumers make more informed car-buying decisions.

Kelley Blue Book's Best Resale Value Awards are based on projections from the Kelley Blue Book® Official Residual Value Guide, determined by a skilled staff of automotive analysts. These prestigious awards honor vehicles expected to maintain the greatest proportion of their original Manufacturer's Suggested Retail Price (MSRP) after five years of ownership. Low-volume vehicles and vehicles with a MSRP of more than $60,000 are excluded from award consideration, except in the luxury and high-performance categories.

While most car buyers today consider sticker price one of the most significant numbers when choosing a new vehicle, the editors at Kelley Blue Book's KBB.com recommend that shoppers consider a number they won't find on any window sticker: the resale value. Depreciation often is the greatest expense incurred by drivers during the first five years of vehicle ownership. An average 2013 model-year vehicle only will retain about 38.2 percent of its original value after a five-year ownership period, meaning that a $50,000 new car today will only be worth somewhere close to $19,100 after five years. Vehicles with average or below-average resale values are generally plentiful in the marketplace and easy to find. But certain vehicles are projected to hold their value better than others. While much of a vehicle's resale value is based on supply and demand, as well as current and projected future market conditions, vehicles that retain their value best are rarely discounted and tend to generate high levels of consumer interest.

"The competition for Best Resale Value within many segments has become very heated in the last few years, as major vehicle redesigns and new model introductions have challenged the traditional favorites," said Eric Ibara, director of residual consulting for Kelley Blue Book. "However, for the second year in a row, Toyota and Lexus retain the top Best Resale Value ranking for both non-luxury and luxury brands, based on the average 60-month residual value across all models in each brands' respective lineup. Combined, there is an impressive total of 12 Toyota and Lexus models bringing home 2013 Kelley Blue Book Best Resale Value Awards this year; half of the Top 10 models with Best Resale Value for 2013 hail from either Toyota or Lexus."

Vehicle shoppers should take several factors into consideration when buying a new car to ensure as much future value as possible. Just because a car is expensive or from a luxury brand does not necessarily mean it will hold its value better than an inexpensive car down the road. In fact, because resale values are calculated as a percent of original MSRP, an expensive vehicle has to command a relatively high price later as a used car to maintain its residual value. For example, a $60,000 vehicle has to be worth $21,000 five years later to have a residual value of 35 percent. At this price point, not only will it compete with other used luxury vehicles, but it also will compete with some new vehicles in the marketplace. Meanwhile, an $18,000 new vehicle only needs to be worth $6,300 five years later to have the same 35 percent residual value, and at that price point it will not compete with new vehicles.

"Getting the most for your money means knowing what your car will be worth when you sell it, not just what it's worth when you buy it," said Jack Nerad, executive editorial director and executive market analyst for Kelley Blue Book's KBB.com. "Vehicle depreciation is a new-car buyer's biggest expense, yet many shoppers don't realize that resale value information is available for free on Kelley Blue Book's KBB.com. Taking the time to research and wisely choose vehicle makes, models and options now can help new-car shoppers get as much money as possible when they sell or trade-in the vehicle in the future."

In addition, most options and packages added to a vehicle do not necessarily increase its resale value. However, there are exceptions to the rule, such as a high-performance engine or a performance package in a sports car. Finally, regional preferences can significantly impact the value of a vehicle. In the colder sections of the country, a two-wheel drive vehicle's resale value will not be as high as a four-wheel or all-wheel drive option of that same model. At the other end of the thermometer, in warmer climates black (or dark-colored) cars will not have as high resale value as they could command in other regions.

For more information and news from Kelley Blue Book's KBB.com, visit www.kbb.com/media/, follow us on Twitter at www.twitter.com/kelleybluebook (or @kelleybluebook), like our page on Facebook at www.facebook.com/kbb, and get updates on Google+ at https://plus.google.com/+kbb/.

About Kelley Blue Book (www.kbb.com)
Founded in 1926, Kelley Blue Book, The Trusted Resource®, is the only vehicle valuation and information source trusted and relied upon by both consumers and the industry. Each week the company provides the most market-reflective values in the industry on its top-rated website www.kbb.com, including its famous Blue Book® Trade-In and Suggested Retail Values and Fair Purchase Price, which reports what others are paying for new cars this week. The company also provides vehicle pricing and values through various products and services available to car dealers, auto manufacturers, finance and insurance companies as well as governmental agencies. KBB.com provides consumer pricing and information on cars for sale, minivans, pickup trucks, sedan, hybrids, electric cars, and SUVs. Kelley Blue Book's KBB.com ranked highest in its category for brand equity and was named Online Auto Shopping Brand of the Year by the 2012 Harris Poll EquiTrend® study. Kelley Blue Book Co. Inc. is a wholly owned subsidiary of AutoTrader Group.