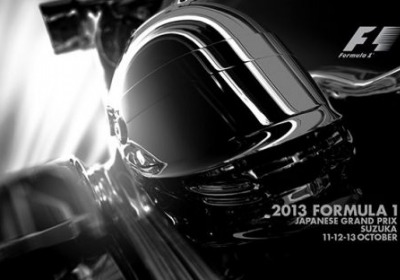 Japan's Suzuka circuit is a great track that all the drivers love, but it doesn't usually provide the most thrilling, head-to-head racing. Where it does excel, however, is with surprises and "What just happened there?!" moments, and this year it was no different.

It started with Mark Webber in his Infiniti Red Bull Racing out-qualifying his teammate Sebastian Vettel for the first time this year. They were followed closely by Lewis Hamilton in the first Mercedes-AMG Petronas, the still-solid Romain Grosjean again outdoing teammate Kimi Räikkönen, Felipe Massa racing for another seat in Formula One and putting his Ferrari in fifth, then Nico Rosberg in the second Mercedes, Nico Hülkenberg in the first Sauber, Fernando Alonso in the second Ferrari, and Räikkönen continuing to do himself no favors by qualifying tenth.

For the second year in a row, the lights going out was the cue to start the first corner action...


We can't remember the last time both Infiniti Red Bulls had bad starts – instead of just Webber – but that's what happened in Japan. It looked like a perfect situation for Hamilton, who had placed his car on the line angled slightly right, which would launch him in between Vettel and Webber. Once he found himself there, though, things got a little too skinny in the slot and his right rear tire touched Vettel's front wing. Vettel was able to continue unharmed but Hamilton punctured immediately, the tire coming completely off the wheel by the time he got around the track and damaging the floor. Hamilton got back out on track but retired eight laps later, losing 2.5 seconds per lap because of the damage to the floor.

The real beneficiary was Grosjean, who blasted around Vettel on the right and was first into the first turn, then lead the race for most of the next 29 laps ahead of Webber and Vettel. The Lotus driver did everything right this year – after doing everything wrong on the first lap last year when he plowed into the back of Webber before Turn 2 – staying ahead of the Red Bulls on pure pace. Webber was able to get close but not get around, so on Lap 7 both Red Bull drivers were told to leave two-second gaps to the car in front, save their tires and wait until closer to the pit stop windows.

The first round of pit stops came early and that shuffled the order as we found out who was on what strategy. On Lap 15 the order was Grosjean, Webber, Vettel, Daniel Ricciardo in the Toro Rosso, Rosberg, Hülkenberg, Massa, Alonso, Esteban Gutiérrez in the second Sauber, and Räikkönen. This was when we found out who the losers were, because Ricciardo was on a two-stop strategy and held up everyone behind for nearly six laps. Hülkenberg didn't get around him until Lap 21, and Ricciardo pitted the following lap. In that time, the front three put fifteen more seconds into the drivers behind.

Grosjean was on a two-stop strategy and had come in on Lap 12, re-emerging behind Vettel but in front of Webber. Lest you think the Aussie had managed to ditch his race-killing demon after achieving pole position, it stuck a pitchfork in his Japanese race when his team switched him from a two-stop to a three-stop strategy, and on the other side of the pits, Vettel was put on a two-stop strategy. Webber came in for his second stop on Lap 25, Vettel took over first place and then put in the laps he needed to give him a gap ahead of Grosjean almost large enough to cover the pit stop delta.


After the race Webber said he didn't understand why his strategy was changed, when he was originally slated to do two stops (only four other drivers did three-stops, the next-highest-placed was Rosberg in ninth). Apparently his lap timing showed that he was losing time to Grosjean ahead and Vettel behind, but Webber said that when he was called in he was still able to put time into Grosjean when he wanted. Commentators wondered if Red Bull was trying to goad Lotus into having to cover two different strategies. Admittedly, Weber did have a narrower rear wing than his teammate, that hampered his top speed, but whatever the case, he would have to chase Grosjean down and pass the Frenchman on Lap 46 to get second place, because as soon as he came in on Lap 25 first place belonged to Vettel.

The German didn't run away with it, and was a little sloppy compared to his usual standards, locking up and running wide into the dirt more than once. Still, he made his strategy work: he was a close second to Grosjean after the Frenchman's second stop on Lap 38, then passed him three laps later for the lead.

Behind that triumvirate in front, there were a few excellent passes in the pack, but due to tire management for the bulk of the middle, the race was only a little more exciting than a tea ceremony. Jules Bianchi in a Marussia collided with the Caterham of Giedo van der Garde at Turn 1, sending both of them into the gravel trap and out of the race. Massa ignored the call when Ferrari ordered him to let Alonso past, so Alonso had to do it on his own on Lap 20. Late in the race Hülkenberg was trying to secure a second consecutive fourth place finish for Sauber, but couldn't keep Alonso and Räikkönen from getting by him, the Finn making his move on the outside of the chicane at the end of the lap. Nevertheless, Hülkenberg and Gutiérrez both scored for the Swiss outfit; they were Gutiérrez's first points in F1, and the positions mean that Sauber has scored points in Japan all 23 years the race has been held at Suzuka.

The final order was Vettel, Webber, Grosjean, Alonso, Räikkönen, Hülkenberg, Gutiérrez – who made his way up from 14th on the grid, Rosberg – who would have finished higher if not for a drive-through penalty for unsafe release after a pit stop that saw him almost collide with Sergio Perez and run into Lotus pit crew members, Button, and Massa – who fell so far back after serving a drive-through penalty for speeding in the pit lane.

The win puts Vettel atop the standings with 297 points, Alonso in second with 207. If Vettel finishes fifth or higher in the next race in India, he's a four-time Driver's World Champion. Red Bull's constructor's haul takes them to 445 points, Ferrari in second with 297. Mercedes dropped to third with 287, and they'll be looking to regain that second place. Another measure of how strange the season has been: McLaren has 83 points.

The next race is in India in two weeks. Anything is possible, but there's been too much use of the phrase "mathematical" already, so unless Red Bull decides to sit the race out we expect Vettel to take the Driver's Championship, and if his team can score 24 points they'll take the Constructor's.

No matter what happens, we'll see you then.