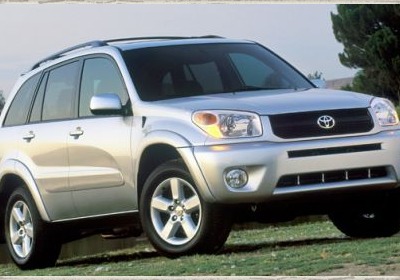 The National Highway Traffic Safety Administration is evidently keeping itself very busy these days, as the federal agency has just announced it is launching or renewing investigations into Toyota, Honda and General Motors crossovers.

2006-2008 model year Toyota RAV4 crossovers are under review for allegations of rear tie-rod rust which can result in failure. NHTSA also said it is probing some 35 complaints about 2005 Honda Pilot models with inappropriate activation of the vehicles' stability control system. The alleged malfunction can cause the vehicles to slow down or stop in bad unsafe situations. At the moment, NHTSA is reviewing a petition regarding the Pilot issue, a move that will determine whether it needs to open a full-blown investigation.

In addition, Saturn Outlook and GMC Acadia three-row crossovers built in 2007-2009 are getting looked at for "loss of low beam headlamp" function. One complainant said the wiring in his Outlook overheated and melted. NHTSA says it has received 415 complaints about the problem and a GM spokesman confirmed that the automaker already started a "Customer Satisfaction Program" in December to address the issue.


Toyota spokesman Brian Lyons tells the The Detroit News, "We will fully cooperate with its [NHTSA] investigation." At least four of the complaints about the RAV4 claimed the tie rod failed at speeds above 35 mph, resulting in a loss of control. The NHTSA investigation summary states, "Pictures provided by some complainants show the wheel adjacent to the failed component severely out of wheel alignment with respect to toe and camber."

No word on the timeframe for these investigations before it can be determined whether or not a recall is warranted.