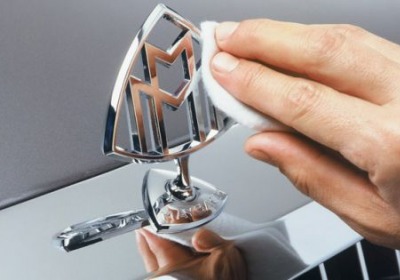 When you're arriving in a twin-turbocharged, twelve-cylinder Maybach limo, there's no reason you should ever have to be late. Except, maybe, to make a fashionable entrance. But up at the corporate level, the entire Maybach brand is being slowed down as critical decisions about its future are being undertaken.

Last week, we reported that a decision on what path Maybach would take going forward would be due at the start of next month, but the latest reports indicate that the timeframe has been extended as further options are being considered.

The previous options under consideration were twofold: either relaunch the brand with production outsourced to Aston Martin – which suddenly finds itself with excess production capacity – or shut it down completely. And those are still two very real options. Word has it that Aston has put together four concept cars for the Daimler brass to consider, all based on the next-generation S-Class platform (and thankfully not the old one).


Should Zetsche and company reject those proposals, they could very well close the Maybach chapter and chalk it up to another failed experiment like the Chrysler takeover. But another option has reportedly been laid on the table: namely, to turn Maybach into a sub-brand of Mercedes-Benz.

What would be the difference, you ask, between having Maybach as a sister-brand versus a sub-brand of Mercedes? Well, it would mean that Maybach would cease producing its own cars, and instead come in as a new top-of-the-line trim level on the likes of the expanding S-Class range and GL-Class SUV. In that way, it would parallel AMG (although that sub-brand sorta has its own product in the SLS) under the Mercedes umbrella, or perhaps more aptly, ape the application of the Rolls-Royce Goodwood badge by BMW to its most exclusive Mini models. Only much higher up in the market.