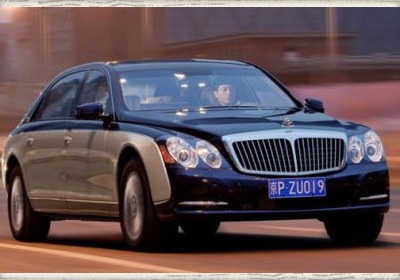 What will become of Maybach? That question has been rattling around the halls of Daimler headquarters in Stuttgart for some time now. But all questions will be answered, and answered soon: according to reports, the German automaker is currently evaluating prototypes and propositions for its top-end marque, and will make its decision next month.

So, what are the options? On the one hand, Daimler could kill the Maybach brand altogether. It was a notion ill conceived and even more poorly executed, taking an old platform and building a new flagship atop it. In that way, it was sort of like the Chrysler Crossfire, only far more costly to both the buyer and manufacturer. On the other hand, Daimler could opt for the long-time-coming proposition of contracting the production (and possibly much of the development) of a new generation of Maybachs to Aston Martin.


The British automaker has been linked with a future Maybach tie-in for some time now. The idea would be to have Aston produce the hyper-luxury range for Daimler at its own facility in Gaydon, Warwickshire, England – the same location that was recently expanded to accommodate bringing the Rapide home from its current assembly line at the Magna Steyr complex in Austria. In return, Aston could get the platforms and engines to underpin its next generation of vehicles, including the rebirth of the Lagonda badge.

One way or another, reports indicate the decision will be made on July 1st. As to when said decision might be announced, well... we'll just have to sit tight and find out.