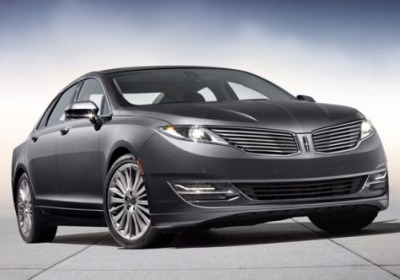 Federal safety standards require that every new car needs to have the brake depressed in order to shift it out of Park. But the National Highway Traffic Safety Administration has found fault in the transmission range sensor on certain examples of the Lincoln MKZ Hybrid, allowing the car to be shifted out of Park without first depressing the brake. The fear is that with this condition, affected vehicles may be unintentionally pulled out of Park, resulting in a possible rollaway. That safety concern has prompted parent Ford Motor Company to issue a recall.

The issue pertains to 7,153 examples of the MKZ Hybrid built between April 26, 2012 and September 24, 2013, covering the 2013 and 2014 model years. As a result, Ford will notify owners to bring their MKZs into their local Lincoln dealer to have the Powertrain Control Module software updated in order to rectify the problem. See the full recall notice below for details.

SUMMARY:
Ford Motor Company (Ford) is recalling certain model year 2013-2014 Lincoln MKZ Hybrid vehicles manufactured April 26, 2012, through September 24, 2013. Due to a manufacturing error, the transmission range sensor may not function properly allowing the affected vehicles to be shifted out of the Park position without first applying the brake pedal. Thus, these vehicles fail to conform with the requirements of Federal Motor Vehicle Safety Standard (FMVSS) No. 114, "Theft Protection."

CONSEQUENCE:
Without requiring the brake to be pressed, the vehicle may be unintentionally shifted out of Park, allowing it to roll which may result in a crash.

REMEDY:
Ford will notify owners, and dealers will update the Powertrain Control Module (PCM) with new software, free of charge. The recall is expected to begin in January 2014. Customers may contact Ford at 1-866-436-7332. Ford's number for this recall is 13C09.