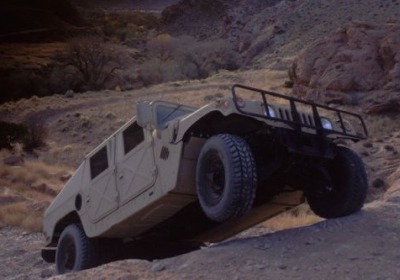 The military's High Mobility Multipurpose Wheeled Vehicle (HMMWV), better known to most of us as the Humvee, has already served a long and distinguished career in the battlefield, and there have been a number of replacements waiting in the wings to take over where the HMMWV left off. Or, should we say, leaves off... assuming that ever happens.

It seems that the Humvee is set to get a new lease on life as military budget constraints are forcing the government to reconsider its replacement. But there are still some pesky safety issues to work out before American soldiers will feel comfortable inside the confines of the off-road box on wheels.

As you're likely aware, improvised explosive devices are an ever-increasing threat to the lives of American troops serving overseas. The Humvee, which traces its design all the way back to the year 1984 when it first saw duty as a replacement for the long-running series of military Jeeps, has seen a number of incarnations over the years that added armor and improved safety, but the latest version may feature something hitherto unseen: a chimney.


No, not a chimney like the one that peeks out of your house. This chimney, along with a V-shaped hull, serves to channel explosive forces up and away from the occupants inside. The structure of the chimney also serves to reinforce the vehicle, connecting its floor with its roof. Other advancements include a new set of doors that open up like barn doors, seats designed to absorb shocks and a sling that promises to lower the gunner into the vehicle in the event of a blast.

Read more about the vehicle here, and be sure to scroll down for the illustration.