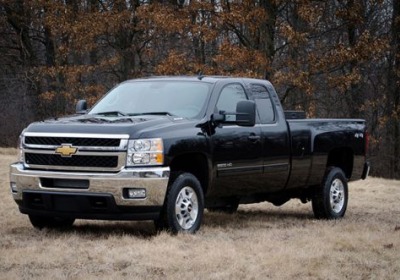 Twelve different General Motors vehicles from the 2013 model year, up to 54,686 units in total, are being recalled over two potential issues with their steering columns. The models in question, all full-size trucks, SUVs or vans, are the: Cadillac Escalade, Escalade ESV, Escalade EXT, Chevrolet Avalanche, Express, Silverado, Suburban, Tahoe, and GMC Savana, Sierra, Yukon and Yukon XL.

The affected vehicles were built with a fractured parking lock cable or "a malformed steering column lock actuator gear in the lock module assembly." As a consequence, they could shift out of park without the brake pedal being applied or with the key removed or in the off position.

A bulletin from the National Highway Traffic Safety Administration indicates that the recall should begin on January 17. GM will notify owners, at which time they can take their vehicles to their dealers for repair free of charge. Have a look at the bulletin below for more information.