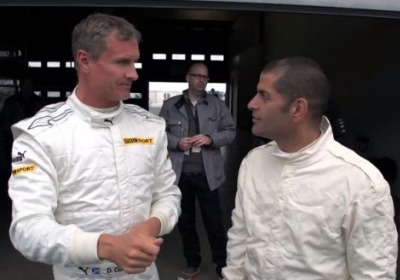 If there's one thing we've learned from the latest video from Drive, it's that the combination of Chris Harris and David Coulthard will produce some very quotable moments. Take this exchange, for example.

DC: "We are by some way the slowest."
CH: "But we're in a class of three cars, apparently."
DC: "Prepare yourself for third."

The two have been paired together to run a vintage race on the Nürburgring, behind the wheel of a Mercedes-Benz 220SE Fintail, a car with just 120 horsepower that Harris says is, "really good when you're going downhill." Coulthard, meanwhile, explains their predicament on the circuit, saying, "Minis are coming past like Formula One cars on speed." Take a look below for one of the more entertaining videos from Drive - which is saying something - and enjoy the chemistry between DC and Chris Harris.