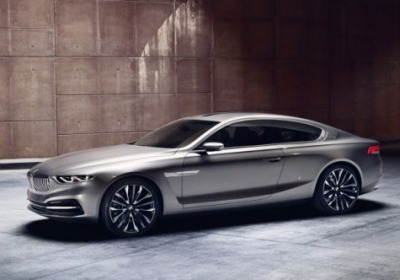 If you thought the BMW Gran Lusso Coupe concept that was shown at Villa d'Este a few months back was a preview of a new BMW 8 Series, prepare to be disappointed. According to a report from the UK's Autocar, BMW officials have "rejected suggestions" that a production model based on the concept was coming. To be fair, though, would you expect them to just acknowledge it?

The Brits seem to be thinking the same, as the story went on to quote BMW research and development chief, Herbert Diess, who claimed, "We're looking into the possibility of production, but a decision is still a way off." Diess also points out that it's far too early for anything to be confirmed, seeing as how the concept only debuted about 10 weeks ago.

The well-received Gran Lusso was penned by Pininfarina and motivated by a brawny, twelve-cylinder engine. If it were to enter production, it'd likely sit at the top of BMW's gas-powered offerings, and would compete against the Mercedes-Benz CL AMG and Bentley Continental GT.