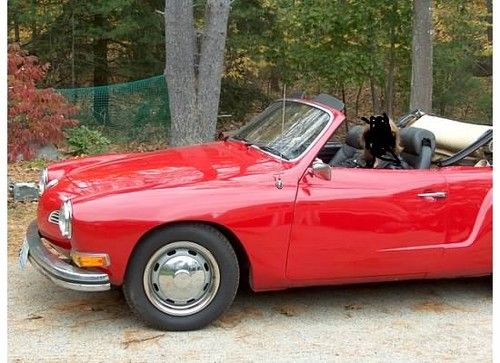 Condition: UsedA vehicle is considered used if it has been registered and issued a title. Used vehicles have had at least one previous owner. The condition of the exterior, interior and engine can vary depending on the vehicle's history. See the seller's listing for full details and description of any imperfections.Seller Notes:"1973 VW Karmann Ghia convertible. Body restored,;new floors, and metal panels over $9000 invested. Interior partially restored; Saab seats (powered driver's seat) (original seats available too) new door panels. Interior needs to be completed. New battery and tires. Top in good condition, new headliner included (not installed yet. Always garaged. Selling due to no time to complete restoration. Needs a tune up."