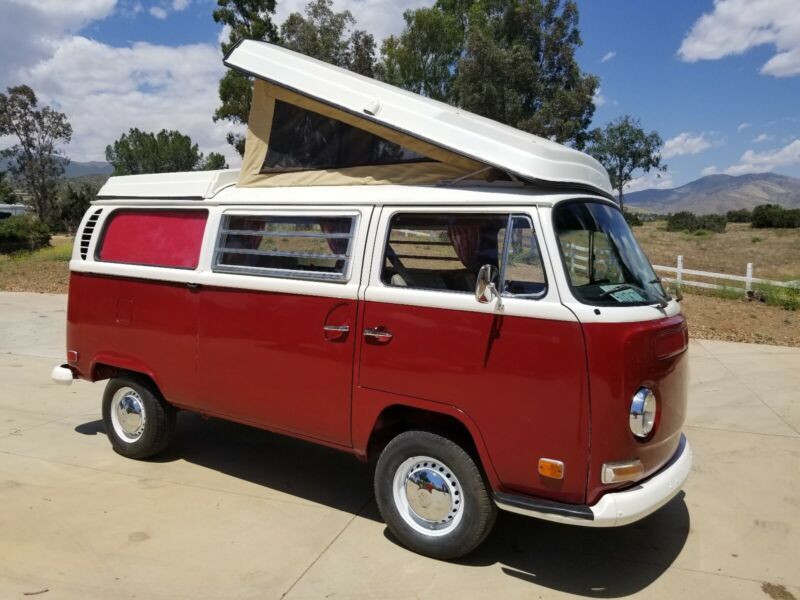 Bodywork:
Body repainted and clearcoded about 2 years ago to two tone red / of white paint - since that the bus was not on
road - the bus was in restoration process
- Fiberglass top repainted
- New pop top seal with 3 windows, new pop top liners
- Electric wiring checked and cleaned including main wiring harness, replaced all bulbs and fuses,
(all lights, headlights, and blinkers work)