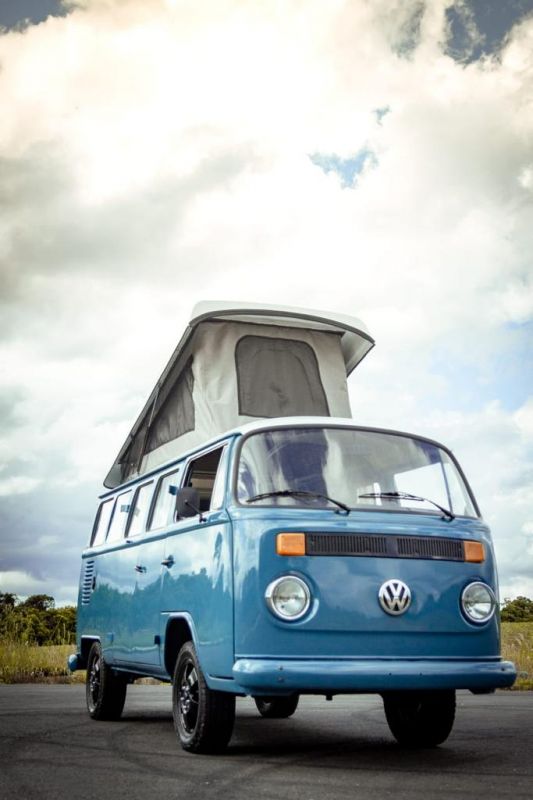 This 1994 VW bus bay window had a rotisserie restoration, all points of rust were removed and a new fresh paint has been done.

Topped with a brand new CAMPER POP TOP TENT, design by seven camper van has been installed, with double shocks which makes it very easy to open and close. It has a waterproof vinyl leather bed on top that holds up to two adults. The tent canvas is the same used on boats with 3 screens to ventilate, very resistant and durable to rain and wind.

The interior has a clean and functional design to optimize space, all made with marine plywood and vinyl water resistant floors with rounded edges so you can move around easily, the interior is all water resistant, for a better and longer durability.
It has a portable cooler, electric sink, 4000 watts inverter, microwave and a standstill battery with 160 amps for a long and durable trip with a quick charger. This interior was also designed by seven camper van. The front seats are brand new and the passenger seat rotates 360 degrees so you can reverse and use it while the car is parked as an extra seat.

The engine was fully rebuilt with new parts, it's a 1600 double carb. The gear box was fully restored and its a manual transmission. All the suspensions, shocks, brakes and steering wheel were fully redone with new parts and a new finishing paint coat has been done to protect all the suspension from rust. New set of OFF ROAD tires with 15" aluminum wheels were placed with a special black glossy paint. The electric has been verified and updated. The front has an extra luggage carrier.

Any further questions please contact me by email, the car is located in Florida.