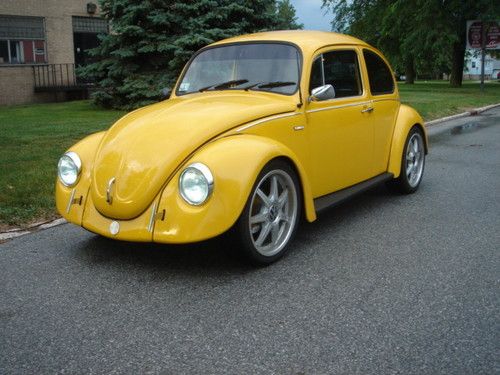 Condition: UsedA vehicle is considered used if it has been registered and issued a title. Used vehicles have had at least one previous owner. The condition of the exterior, interior and engine can vary depending on the vehicle's history. See the seller's listing for full details and description of any imperfections.Seller Notes:"1974 VW BEETLE1600 UPGRADE ENGINEFRONT BRAKE DISCS17" WHEELSCUSTOM POWER WINDOWSPOWER LOCKSPRESTIGE 2 WAY ALARM SYSTEMCUSTOM SOUND SYSTEMNEW BATTERYNEW EXHAUST SYSTEMMANY SPARE PARTS"