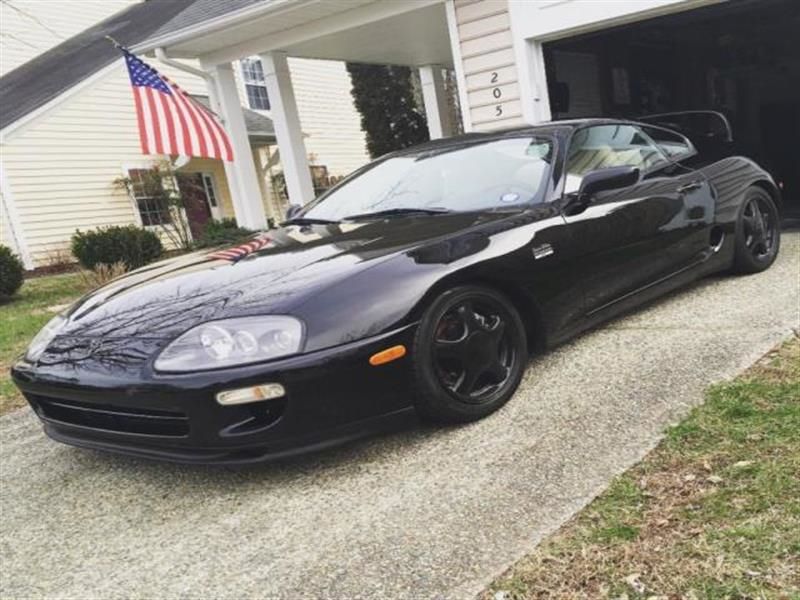 Send me questions at : corbielund152769@yahoo.com As the Title says 1997 twin turbo supra. This is a original TT. Car has 77,500 original miles interior is super clean tan leather. Car has basic bolt on full exhaust and front mount inter cooler with pipping and a hks bov. Car is garage kept.This is targa top supra everything works on this car. Also comes with upgraded navigation touch screen Indash. Original stock wheels with new tread. Wheels are professional painted black. All bulbs and headlights have all been changed to hid and led.