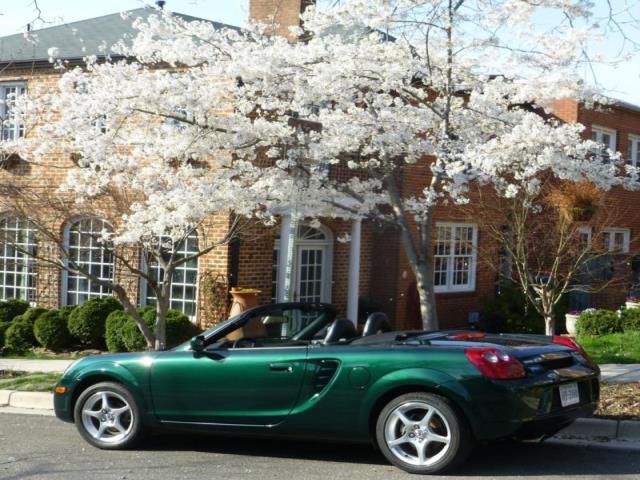 2003 MR2 Spyder Electric Mica Green, 19,084 miles, second owner, garage kept, mint condition inside, outside, under the hood and back engine area. Remote entry, alarm system, CD player, A/C, black leather seats, anti-lock brakes, driver and passenger air bags. Small scratches noted in photos. Original owner drove 17,948 miles during ten-year ownership before he traded it in to the dealer where I purchased it. It was delivered to my home by a flat bed transport. Loving care has kept this beauty as truly a showpiece.
Serious Inquiries Only : elmerwalloonlake0@netcmail.com