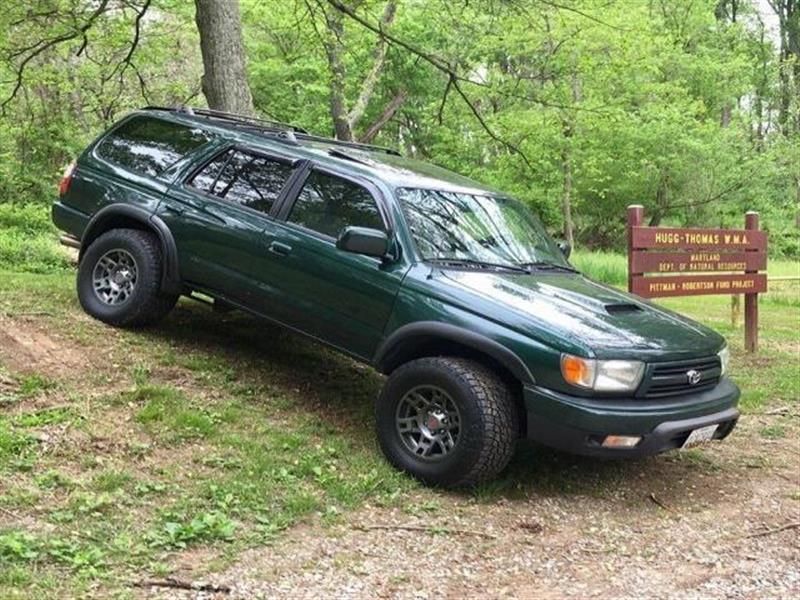 Any questions at : RosaBorders5c03wemq@yahoo.com This is a 1999 Factory Supercharged TRD 4Runner with 160000 miles. It'scrazy fast, with over 300hp and comes with the Factory Supercharger BoostGauge!! I purchased it earlier this year and use is as my daily driver. With aFactory installed electric rear Locker and Factory Supercharged Engine, thetruck is a blast to drive both on and off road. The transmission was rebuilt at155,00 by the prior owner (receipt included). I've done a lot of work to itsince purchasing the truck and recently added REAL Charcoal TRD wheels (nolonger offered by Toyota) with Nitto Terra Grappler P265/70R17 tires (less than500 miles). ALL brakes new including POWERSTOP rotors and Carbon pads. New Drumsand Shoes and all hard ware OEM toyota. All lighting, both interior and exteriorwas upgraded to LED. Super bright LED 6k headlights high and low beam! Brand newMagnaflow exhaust. Towing package with 2 inch receiver. All coolant servicesrecently flushed and the hoses replaced. It's ready for action... Allreceipts for work will be included as well as the parts receipts for warranty. Iwill take the wheels off the truck and lower price by $1500.00 and suply stock 5star OEM toyota wheels painted flat black. I will be posting the pics of thosewheels asap! The vehicle isn't flawless: there are some dings and smallschips on the paint, the interior is in good shape but not perfect...could usenew carpet, keyless remotes do not work, and it burns quite a bit of fuel(that's the trade-off for hauling ass). I hate to get rid of the truck. Ibought it with the intent of a couple