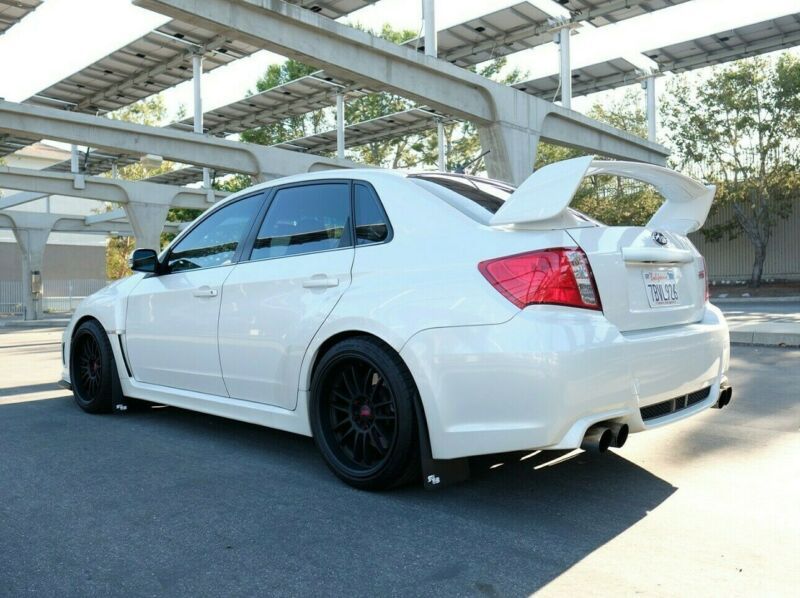 2011 STI | Low Miles - Compression Test - Clean Title in Hand - main goal from start to finish was to be the most reliable,
The built motor only has 9,339 miles on it! Oil changes and tire rotations have been done at every 2,500-3k
miles.
The suspension and tires have in total 12,339 miles on them. (as you can see, everything is hardly even used!)
The vehicle's odometer has a reading of 52,133 miles. I have only put on avg approx 4,000 miles a year on this
vehicle since owning it.

The block that was built can withstand up to 500whp.
All work on vehicle was professionally done by AntSpec, formally known as COBB Socal.
List of Modifications:

Remember the Subaru WRX Concept shown at the 2013 New York Auto Show, the one almost everyone loved but no one expected Subaru to make? Indeed, that Parnassian "design statement" led to a production design that came from a good middle class neighborhood known for its office parks and pasture land. UK designer Michael Bond is offering to change that, the man behind the yet-to-be-produced Rumbler "Superhero Utility Vehicle" touting the Subaru WRX Concept 13, which would take a customer's new WRX and turn it into something pretty close to the original concept.
That means new front and rear clips, including a redesigned rear diffuser to increase downforce, but a spoiler can be installed if the buyer decides that what he wants. The car won't be an exact replica of the NYIAS concept since that would infringe on Subaru's intellectual property, but it isn't clear yet how the design would be altered. Bond's site says that once he gets 50 confirmed orders, his team will order a WRX and begin the process of creating the new bodywork. It is claimed that once work begins, it will be four to six months to "[present] a completed model for public view."
Bond says the price will come down depending on the number of orders beyond 50, but doesn't give any indication of how much those first 50 cars could cost. If you're keen, though, head over to the site and fill out the enquiry form. Who knows if the Concept 13 will happen, but so far this is the best chance you have of getting what could have been.

If the all-new 2015 Subaru WRX has taken a good thing and made it great, then this should be, well, greater. Meet the range-topping WRX STI, packing more power, a decidedly more aggressive suspension tune, beefier looks, a giant wing and (woo!) gold wheels.
Those spiffy BBS wheels and WRC rally-ready matching WR Blue paint won't necessarily be around forever, though - Subaru is offering this package (along with unique interior trim) on the STI Launch Edition, limited to just 1,000 units. And cool as it may look, there's far more to love about the new STI package.
Power comes from a 2.5-liter turbocharged boxer four-cylinder engine, sending 305 horsepower and 290 pound-feet of torque to all four wheels via a six-speed manual transmission. (Launch Edition models even get a short-throw shift kit, which will likely be available as a dealer-installed accessory thereafter). Unlike the standard WRX, a do-it-yourself 'box will be the only transmission available. Subaru is employing its new - *ahem* - Multi-Mode Driver Controlled Center Differential version of the Symmetrical All-Wheel Drive, which, in addition to a standard 41/59 torque split, uses things like torque vectoring, and, when put in manual mode, allows the driver to select one of six center differential locking levels. In other words, the STI should be incredibly sharp on the road - sharper than ever before.