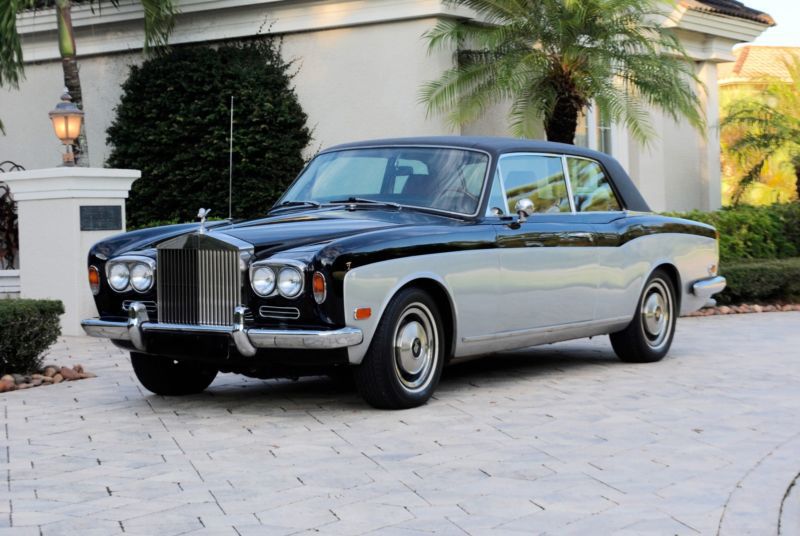 If you have more questions or want more details please email : lanthier92@zoho.com .

This is a superb example of this world-renowned British Marque offered for sale after full mechanical and cosmetic restoration. This rare Rolls-Royce Corniche Coupe (only 1,108 built between 1971 and 1981) was first delivered to San Fransisco, until purchase by the previous Owner in Florida in 1996. The car has lived it's entire life in California and Florida.

The Corniche is the Series One, steel bumper type. It is fitted with the mighty 6.75L Rolls-Royce V-8 with twin Su Carburetors, paired with the Turbo Hydramatic 350 (sourced from General Motors). The four-wheel independent suspension with coil springs is augmented with a hydraulic self-levelling system (using the same system as did Citroën, but without pneumatic springs, and with the hydraulic components built under licence by Rolls-Royce), on the rear wheels only. Four wheel ventilated disc brakes are provided.

All gauges, switches and lights work properly. Please see the attached videos showing the operation and driving of the car.

This is stunning surviving example of this classic. It is all original, showing very little wear from its 80,000+ miles.

The paint and body are excellent, no scratches or dings. The interior, hood and boot are also in great shape. The Everflex roof is in like-new condition - Remarkable!

Rolls-Royce has dropped a third teaser for its upcoming coupe that we'll be seeing in a few weeks at the Geneva Motor Show. A couple of weeks ago, we saw the 2014 Rolls-Royce Wraith in a shadowy profile shot, and now we're getting an (admittedly limited) idea of what the rear of the car will look like.
As suggested by a recent set of spy shots, the 2014 Wraith should have a rear-end styling very similar - if not identical - to the Rolls-Royce Ghost, which this car is a coupe version of. In typical Rolls-Royce fashion, the British automaker promises that this new model will deliver plenty of power, style and drama, though it's declining to get more specific about what that power is (other than to say it will be "more than ample"). We have no indication that the engine won't be the 563-horsepower, 6.6-liter V8 that's in the Ghost, but we'll have to wait until next month to find out for sure.