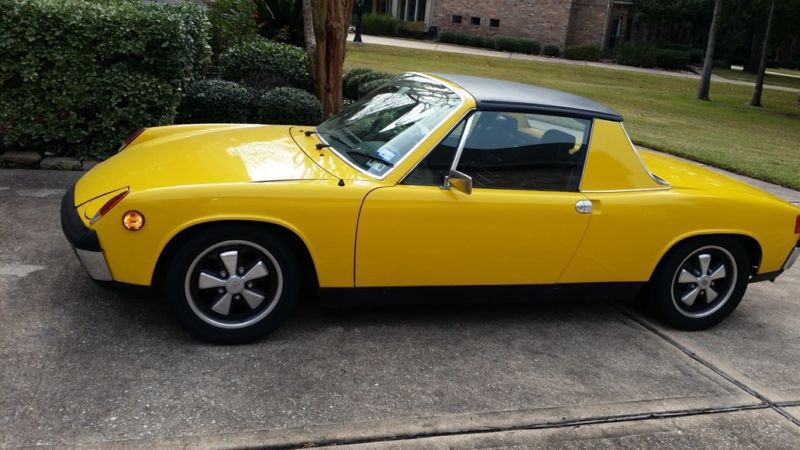 ANY QUESTIONS JUST EMAIL ME: jacquiejggustafson@clubwilliams.com .

Relisting my factory, authentic, genuine, true, real 914-6 as it did not sell when listed back in September and
December.
An older restoration that deserves a full restoration somewhere down the road. I feel I'll never have the time,
energy, nor resources to do that and, with the car turning 50 soon,maybe someone else does. As you might see in
the photos, the car was involved in a wreck at the front right quarter panel (before my time). There are other
minor cosmetic deficiencies (door panels, trunk shocks,dash covering, etc.) that I've tried to show in the photos
and a few other issues that have developed from me not driving it regularly enough (slow leak on the right rear
wheel/tire and the tachometer recently stopped working).
It's reliable enough to be driven daily but, without AC, only driven on the occasional weekend outing in Houston.
It's a blast to drive and turns every head!
As is common with 914's, the original engine and transmission were replaced sometime in its past. I have the
original engine block and transmission and these are included in the sale along with the COA. The engine block
installed in the car is an original 1970 914-6 block but the last digits of its stamped serial numbers are
unreadable.
The odometer reading has bee provided though I'm sure it's rolled over more than once.