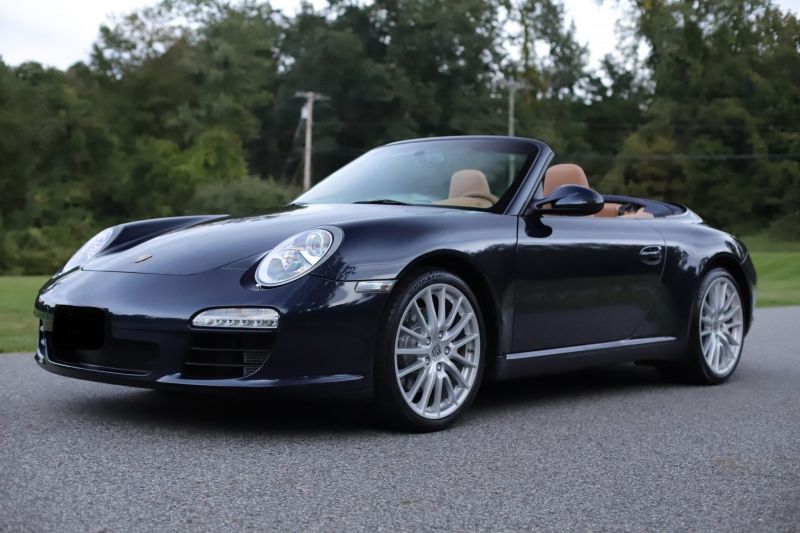 2012 Porsche 911 Carrera cabriolet is finished in Dark Blue Metallic with a dark blue soft top over Sand Beige leather and is powered by a 3.6-liter paired with a six-speed manual transaxle. Equipment includes headlamps, 19" wheels, the Infotainment Package, navigation, and a Bose surround sound system. The car was serviced in preparation for the sale included changing the fluids and replacing the tires.