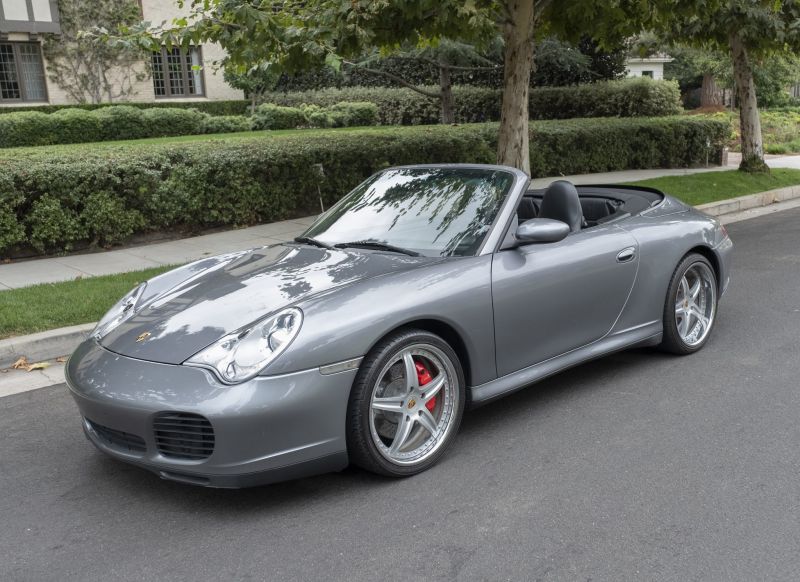 CONTACT ME AT : sapnanigam976h@gmail.com This 2004 Porsche 911 Carrera 4S Cabriolet is finished in Seal Grey over black leather and is powered by a 3.6-liter paired with a six-speed manual transaxle. Additional features include xenon headlights with washers, a power-operated black soft top, aftermarket 19" alloy wheels, a speed-activated rear spoiler, automatic climate control, cruise control, and a Porsche CD stereosystem with a changer. Service done in may included an oil change as well as the replacement of the window motors and servicing of the soft top.