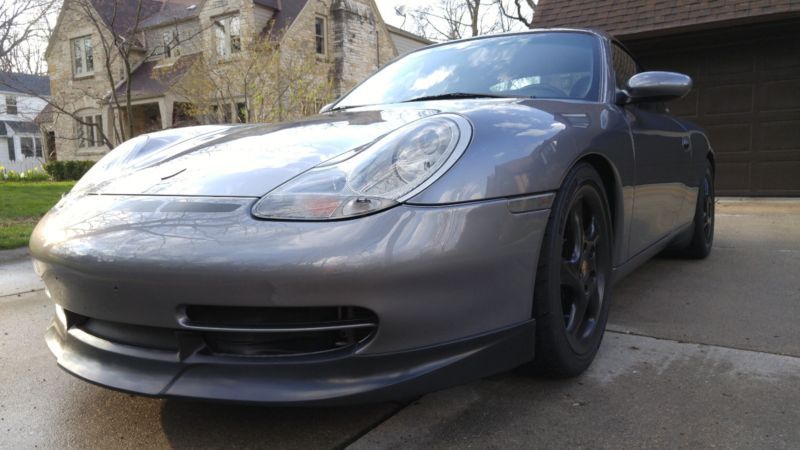 For more details email me at: arianna.vigueras@vfemail.net .

I am selling my 2001 Seal Grey 911 Carrerra with just under 52,000 miles as of right now, clean carfax. I have
owned it for the last four years and it is one of the nicest cars I have ever owned, never any accident repair, all
original paint, stored winters. I had the IMS bearing replaced with the LN Engineering bearing last year, RMS and
clutch all checked out good. New Dunlop Direzza Star Spec tires last year (less than 1,000 miles), Bilstein PSS10
adjustable coil over suspension, GT3 adjustable rear sway bar, Eibach front sway bar, FD Motorsports modified
mufflers (sounds awesome!), GT3-TEK polyurethane front lip. The car is in really great shape with no door dings at
all. Some small marks on the front bumper and a few tiny stone chips on the front. Handles fantastic, fast, sounds
fantastic and looks great.