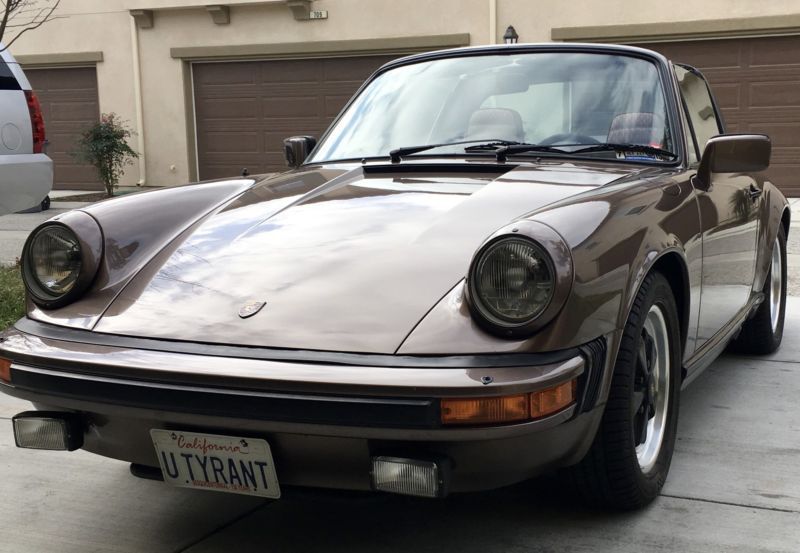 Very rare opportunity to own a pice of Brumos Porsche Racing-
Here is the history of this Porsche 911sc-
In 1982 Bob Snodgrass president of Brumos Racing, and president and CEO of the Brumos dealerships ordered this SC
from the factory and wanted something that is a little different from all 911 he is selling and sold at the Brumos
Porsche dealership, from the exterior color to the very rare uni- interior.
Bob drove this car on and off from 1983 to 1989 as a dealers car. (never registered in that time frame) Hurley
Haywood (BRUMOS RACING #59) drove this very rare 911 on many track days at the savannah speedway-
Being owned by the president and CEO of Brumos Porsche this rare 911SC received the best treatment in all and every
way!!!!
In September/11/1989 Bob sold his SC to his brother In-Law Dr. Weaver at the time of sale the Porsche had only
27381 miles, In 1989 it was the first time this car was registered (sold to original owner in 1989)
In 2015 I was very fortunate to be able to purchase this car from Dr. Weaver and own a car that was owned and
driven by two Porsche legends!!!!
This Porsche only covered 50,600 original documented miles!!!
It is in amazing overall condition I would like to say almost showroom however it is a 34 years old vehicle.
It drives and shifts like it did brand new!!!
This is a accident, rust, paint and body work, interior work free car it is all original.........
All documents are available and will go to the new owner including the original purchase contract all service
record, original keys, tool kit, books and manuals, original Brumos car cover and much more historical documents.
Please ask all and every questions you have!!
Please come and inspect in person or at any Porsche shop with ion 50 miles of 93036.
Please Note- this car is sold in AS-IS CONDITION.
Buying any vintage car should only be fun so lets make it fun and easy, Please ask me anything about the car and I
can answer and provide documents. please ask for more photos or a video and ill make sure to provide you. Please
come and inspect the car in person or i can drive it to a porsche shop of your choosing agin with in 50 miles from
93036.
Please know this is a no stories if or but 911sc however It is a 34 years old car as of now it is services and
needs nothing.