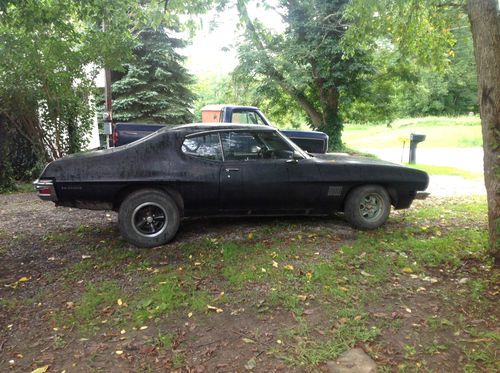 Condition: UsedA vehicle is considered used if it has been registered and issued a title. Used vehicles have had at least one previous owner. The condition of the exterior, interior and engine can vary depending on the vehicle's history. See the seller's listing for full details and description of any imperfections.Seller Notes:"Needs some minor body work."

Used '71 Pontiac LeMans. Runs good and includes spare motor and rear end. North Carolina car, titled in Pennsylvania in '95. Extra radiator support and back glass. Other odds and ends included with the car.