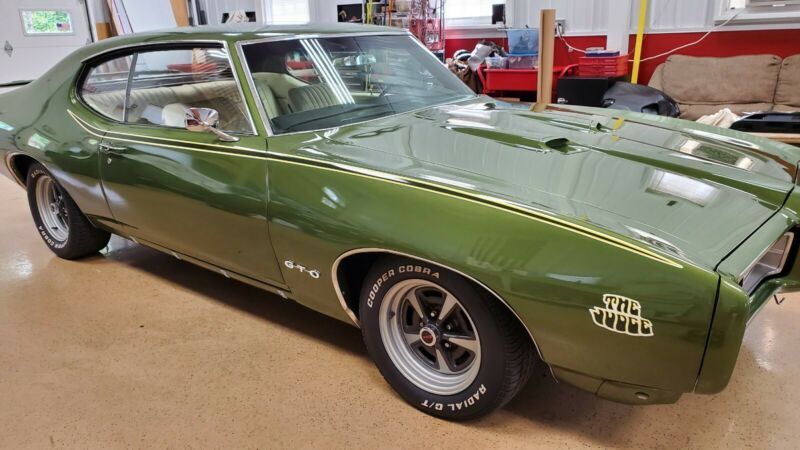 up for sale is my 1969 gto clone judge correct year 400 motor totally rebuilt factory 4 speed with hurst equipped
frame off restoration car is lowered 2 inches handles very well this is a complete frame off resto got a folder of
receipts on it it has factory power steering, power disc brakes pretty much everything has been replaced on this
car runs like a raped ape and drives and handles very well