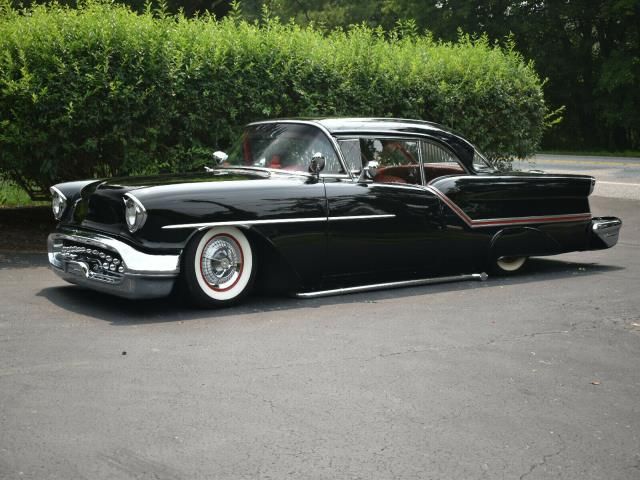 For further questions email me : shot114melli@netcmail.com

1957 Oldsmobile 88 Holiday Sport Coupe ‘Mild 50’s Custom’ powered by an original 371 c.i. Rocket 88 V-8 with the J2 3x2 barrel intake and carburetors. Present owner has had the car since it was completed 30+ years and 40,000 miles ago. Well maintained, fun to drive, and always draws attention. Everyone loves the look of a ‘Dropped’ 50’s custom.