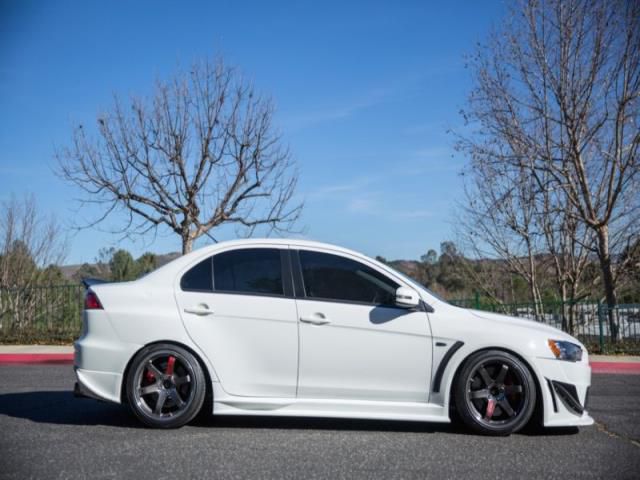 Email me at : epleyjoqcharley@vfemail.net Hello Everyone, It Has Come Time For Me To Sell My Wicked White 2015 Mitsubishi Lancer Evolution Gsr. I Am The Second Owner Of The Vehicle And The First Owner Was A Good Friend Of Mine. The Car Is A Clean Title, Carfax Is Accurate. The Vehicle Has Been Very Well Maintained, Equipped With The Highest Quality Parts,And Comes With Documents To Prove. The Evo Has Been Responsibly Driven And Owned By Two Car Enthusiasts., The Evo Has Been A Weekend Garage Queen. The First Owner Garaged The Vehicle And Rarely Took It Out On Weekends (had Other Cars) And I Have Kept The Car Garaged But Try To Take It Out On As Many Weekends As I Can. The Vehicle Has Never Been Launched (b/c ItIsn't Tuned And Transmission Isn't Built), Never Been Tracked BecauseThe Spirited Driving Was Mostly Done In Canyons. The Car Has Been Tastily Modified Without Cutting Any Corners And With A Focus On Detail. The Car Runs Great And Can Easily Be A Daily Driver.