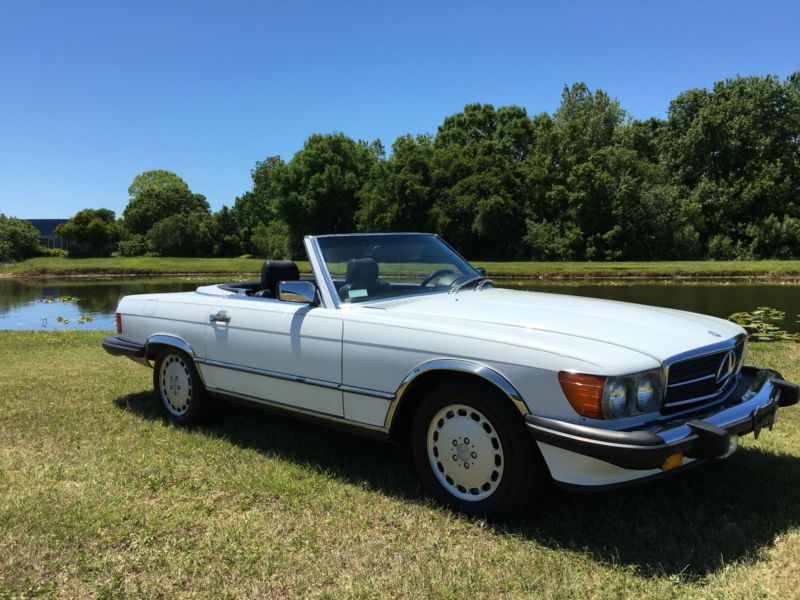 Please email me with any questions or requests for additional pics or something specific at: audriaaooppenlander@clubsuzuki.com .

LAST OF THE GREAT MERCEDES BENZ V8's
This is a pristine 2 owner example of one of the most iconic Mercedes-Benz SL’s ever produced. Solid as a rock
with lots of power, comfort and styling. Like they say, “They don’t make ‘em like this any more”. The 1989
Mercedes-Benz 560SL is now a collector vehicle and continues to go up in value. So there is no way you can go wrong
with this two owner verifiable low mileage example.
Current owner purchased the vehicle from L.P. Evans a Mercedes dealer in Miami in April 1992 with only 7,800 miles.
Used only in the summer months....even used it in a July 4th Parade ....but kept in storage each winter. This
560SL was then brought to Sarasota in 1996 and registered it in Florida. It has been garaged here in Sarasota and
used infrequently. The owner only drove this SL 20,000 miles in 23 years. Definitely a fair weather driver. No
accidents, clean CarFax and service records available to verify original miles. Just had a major service to bring
it current with brand new tires. Top has been replaced.