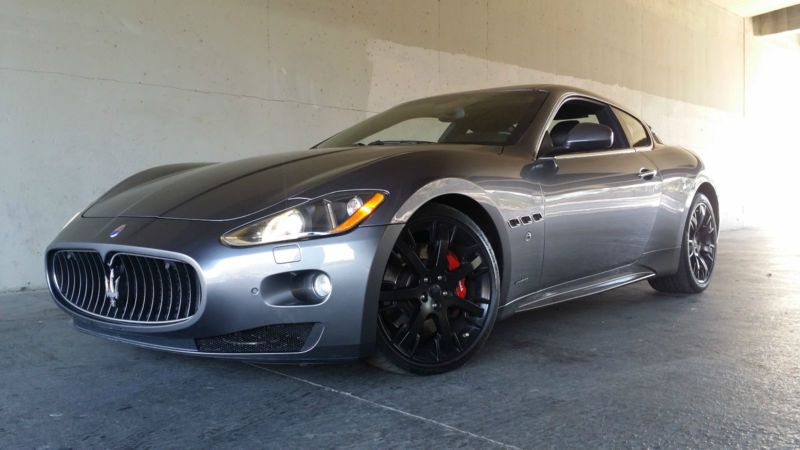 ANY QUESTIONS JUST EMAIL ME: corylamaitre@netzero.net .

LOOKS AND SMELLS LIKE NEW. NEVER ATE INSIDE THE CAR,NEVER SMOKED INSIDE THE CAR, AND I NEVER HAD ANY PETS IN THE CAR. EVERY MONTH I WOULD HAVE THE INTERIOR DETAILED AND CONDITION ALL THE SEATS TO KEEP THEM LOOKING LIKE NEW. CARPET AND HEADLINER HAS NO STAINS OR DAMAGE. EXTREMELY CLEAN INTERIOR. EXTERIOR IS ALSO IN GREAT CONDITION . EVERY MONTH I HAD THE CAR WAXED AND DETAILED TO PREVENT ANY DAMAGE TO PAINT. THERE ARE NO ISSUES AT ALL WITH THE CAR.

Maserati orders triple on strength of Quattroporte demand in China

Considering Maserati sold all of 6,300 cars globally in 2012, its goal of selling 50,000 by 2015 seemed like a bit of a stretch to say the least, but it turns the Fiat-owned automaker was on to something. Reuters is reporting that Maserati has already received about 17,000 orders for cars this year, with help from the new 2014 Quattroporte and strong demand in China.
The US continues to be the top market for Maserati sales, but the report quotes Harald Wester, brand chief executive, as saying that China is now the top market for Quattroporte. As big of an improvement as this is it bears mentioning that the Ghibli isn't even on sale yet and the Levante SUV, a redesigned GranTurismo and a new 911-fighting coupe are still waiting in the pipeline.

Fiat Chrysler Automobiles aired three commercials during this year's Super Bowl, and the first spot was given to Maserarti during the first quarter of the big game. The 90-second ad was used by Maserati to introduce its new midsize Ghibli luxury sports sedan to a very captive American audience.
Called Strike, the Ghibli commercial tells the familiar tale of the little guy who waits around for the world's giants to let down their guard. Scroll down to watch the spot yourself and let us know if it lives up to the high bar that Chrysler brands have set for themselves in past Super Bowls.