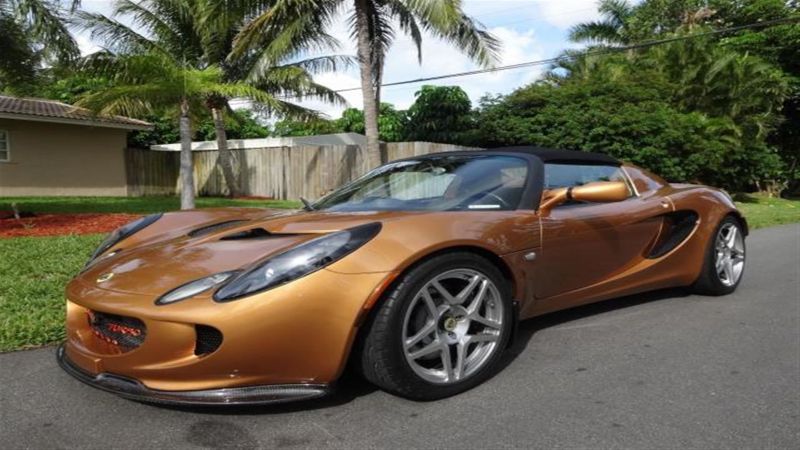 Being a Formula One driver has its privileges. First off, you get to drive F1 cars for a living. You get treated like royalty and fly around the world. And if you're lucky, you might get a supercar thrown at you once in a while. It all depends on which team you drive for.
Fernando Alonso, for example, has had countless Ferraris, Maseratis, Abarths and Jeeps thrown his way. Lewis Hamilton was a little disappointed not to get the keys to that rare McLaren F1 LM when he won the championship. But Pastor Maldonado just got his hands on a new Lotus Evora S.
Pastor who now, you ask? Pastor Maldonado. The first Venezuelan driver in F1, Maldonado won the GP2 title in 2010 then made the jump to F1, driving for Williams for the past three seasons, impressively winning the Spanish Grand Prix in 2012. Now he's at Lotus filling Kimi Raikkonen's seat, and took delivery of his white Evora - complete with 3.5-liter supercharged V6 and six-speed sequential gearbox - in Monte Carlo last weekend during the Monaco Grand Prix.

It took 1.5 years, but a DRB-Hicom managing director told Malaysia's Business Times that the company has "cleaned up" the situation at Lotus from its finances to its marketing and image. The clean-up job we're most interested in, the product portfolio, will be demonstrated by financial investment in a three-year program of "variants based on existing products - variants with improved technology, improved performance."
You'll notice mention of the word "variants" three times but no mention of the phrase "new models." We knew that with the death of the five-new-model turnaround plan dreamed up by ex-Lotus CEO Dany Bahar DRB-Hicom said there'd only be three distinct lines - which is the current number - but during Lotus' trouble-plagued 2012 it sold just 80 cars all year, and for a tense spell it really wasn't clear if DRB-Hicom would commit to even keeping Lotus alive, much less investing in it.
It's not clear how much is being put into in the three-year program of offshoot models like the 345-horsepower Exige S Roadster (pictured), but it might be fair to say this is where Lotus' revival really begins, and does so with baby steps. Autocar reports that DRB-Hicom has already put 100 million pounds into the English carmaker, and as its issues were worked through Lotus has sold almost as many cars in the first five months of this year as it did all of last. That has not only convinced the Malaysian minders to throw more money its way, but the UK's business secretary has also approved a 10-million-pound investment into Lotus through the Regional Growth Facility program.