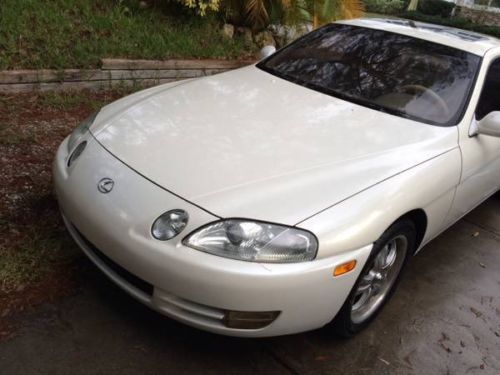 Take one look at the new Lexus RC F and it'll be fairly obvious that Toyota's luxury division went to considerable lengths to make the new muscle coupe look the part. Still, there will always be those looking for that extra measure of visual aggression. And for them, Lexus is reportedly offering this carbon-fiber package.
The kit apparently includes a new hood (complete with central air vent), roof and active rear spoiler, all made of carbon fiber. The parts in question are particularly evident when installed on the white example of the RC F pictured here, giving it an even racier look than the stock model.
We've yet to receive official details from Lexus on the availability of the Carbon Package, so we don't know how much it will cost - or for that matter, if the components have been recrafted from actual carbon fiber or whether the woven bits simply overlay the existing panels as is often the case with aftermarket parts. But while we wait for official word, you can check out the images that have been circulating the internet in the gallery above.