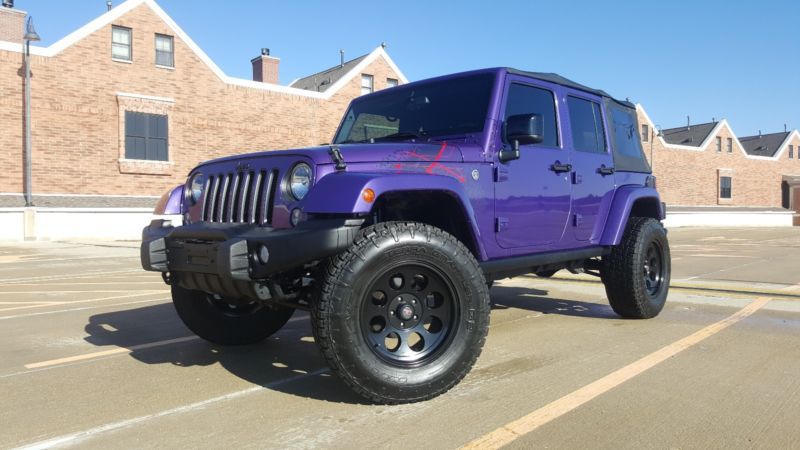 If you have any questions feel free to email me at: brigidabddye@uklandlords.com .

2016 JEEP WRANGLER SAHARA UNLIMITED JK 4x4 with only 7k.miles , V6 3.6L engine , automatic transmission, power
windows and doors , premium stereo system ALPINE with CD/DVD/HDD/AUX/AM/FM/SATELLITE player and SUB-WOOFER , key
less entry with remote start , 2.5" lift kit , aftermarket wheels and brand new tires was installed on it !
Interior of the truck is in great condition , it's a non smoker vehicle!
There is no mechanical issues , no oil leaks or burns . All the power options work like they suppose to from the
factory .