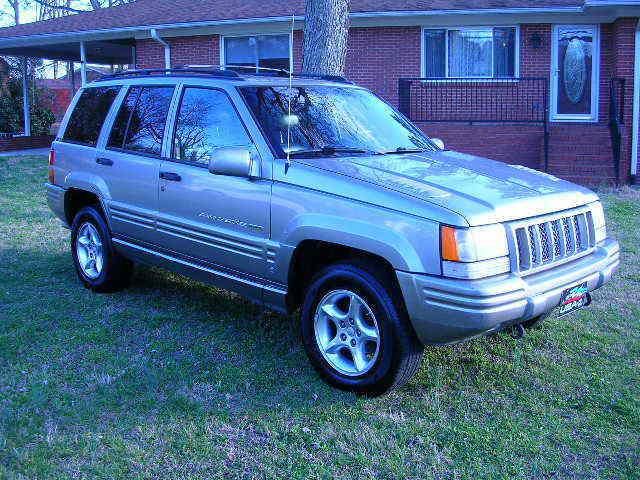 Message me at : MarisBacheondz@yahoo.com Retired From An Airline, Sold The Big House And All That WasDone My Wife Retired...one Day She Says, "let's Buy A Motor Home And SeeThe Usa!"i Say, "you Are Crazy....we Fly For Free!"....but She Is A Smart WomanAnd Comes Up With A Winning Argument...."but You Can't See What's InBetween."so We Bought A Motorhome ( I Included A Picture To Show How Crazy IAm).now That We Have The Motorhome We Need A Car To Pull Behind It...i Had OneOf These Fantastic Jeeps Nearly 20 Years Ago... So I Went On A Country WideSearch For Another That Had Not Been Abused And Finally Found This One.... AfterI Fixed Everything ( I Will Explain Later), She Says, " Maybe You Should FindAnother Vehicle To Tow That Is A Little Less "sporty " And Has A RearEntertainment (dvd) System For Our Son When We Go Exploring The Area Where WePark The Motorhome." Our Son Is 34 And Has Down Syndrome. He Travels EverywhereWith Us. Now You Know The Why So Here Is The What. This 1998 Jeep Grand Cherokee5.9 Limited Is The Original High Performance Luxury Muscle Suv Pioneer. It IsWhat You Might