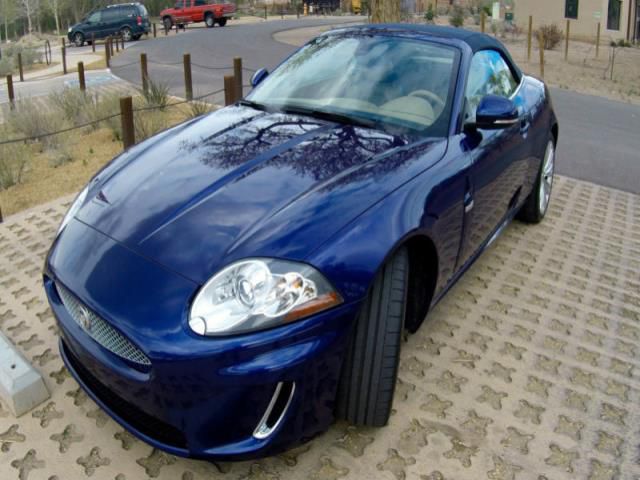 Rare Spectrum Blue 2010 Jaguar XK Convertible - Under 41K Miles This is a one owner car, garage kept with all of the service records. It was bought in late 2010 and as part of Jaguar's incentive to get XK's out the door, they gave us the Certified Pre-Owned Warranty on a new Car. 6 years, 100K miles. So this vehicle is under Warranty until 100K miles or 15 October 2016. The car has been professionally cleaned on a regular basis, and all service records are available through Jaguar. Tires have been replaced within the last 10K miles, and this car is gently driven. This is the classic Jaguar Touring coup. Plenty of room for a few bags in the boot and you can still drop the top! Big V8 growls at you from the moment you start it up and always gives you plenty of power (385 Horsepower). Car has a clean CarFax. Car was bought and serviced at Melloy Jaguar in Albuquerque, NM. Paint and interior are beautiful with no scratches, stains or signs of wear. It looks and drives as new.