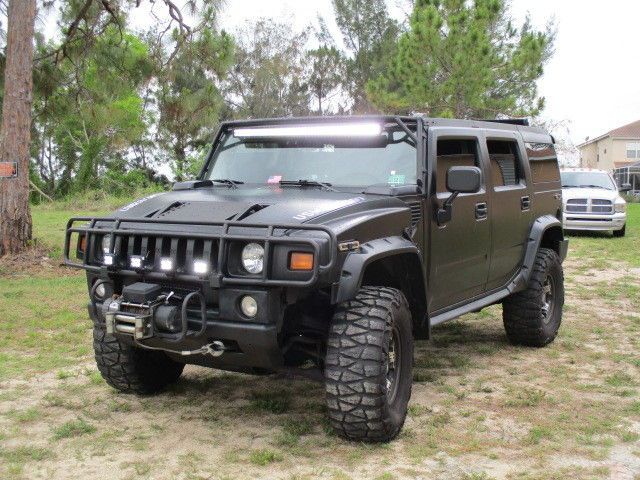 2003 H2 Hummer. Has new drilled slotted rotors front and rear, new water pump, new alt, custom light bar, extremely
bright lights. They make it like day light at night. Front and rear i.r, back up cam, remote winch on front, remote
start, viper alarm, 37" tires about 70% left, two jerry cans on back. mobile 1 synthetic just changed. A/C is
blowing cold but compressor is making a noise and will probably need to be changed soon. Truck is around 3" above
stock height. This was painted at a shop with hot rod flats paint a couple years ago.