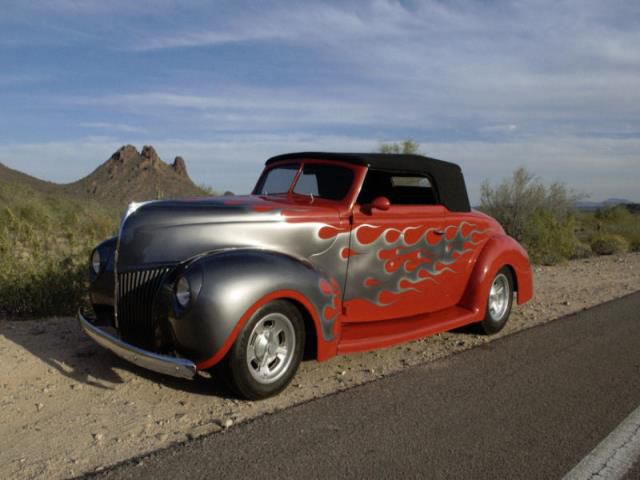 Red · 8 Cylinder · 24,080 miles MUST SELL -- MOVING -- MUST SELL1939 Ford Convertible Gibbon Fiberglass Custom The car has been under current owner since May 2005. This custom '39 Ford has a 350 CID Chevy Engine with a B&M Supercharger. The automatic transmission is a Turbo 350 Transmission. Built on a 1939 Ford frame with independent front suspension and parallel leaf rear suspension. The rear end is a 9" Ford Rear end with 3.83:1 ratio. Engine is equipped with Block Hugger Headers. Turbo mufflers are used to give the car a very nice rumble. A Chevy cam and Accell ignition systems give this car excellent power, but the engine has not been dyno tested to determine the actual power output. The steering system is a Mustang II power rack and pinion steering and provides very good steering response. The steering column is from '66 GMC with tilt and telescoping column. The top is a removable hard top and requires two people to safely remove it from the car. It is easily stored standing on its end. The body is fiberglass, but the hood is an original '39 Ford Steel replacement.
Any further questions please e-mail me : roscoebellqpo@ukcool.com