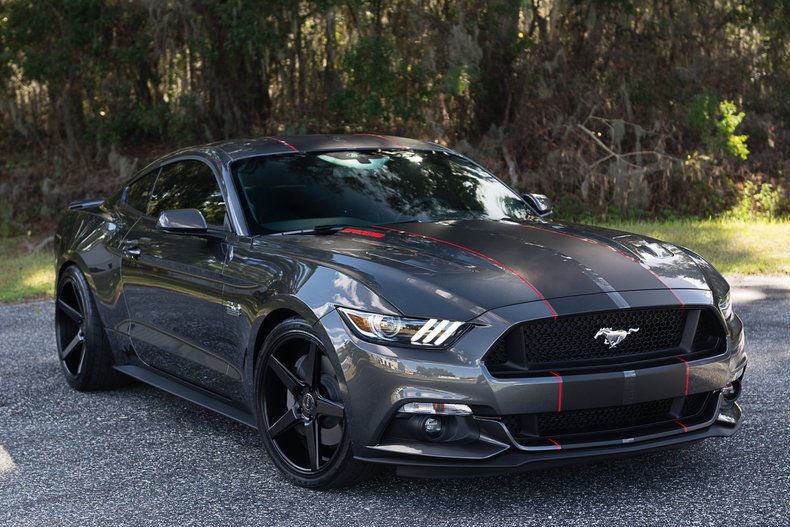 If you have any questions feel free to email me at: jimmyjssulloway@clubbers.net .

Whipple Supercharger, 20" custom KMC rims and Nitto Nt 555 tires all around for that extra traction needed with this kind of horsepower. Installed a suspension and handling kit that makes it stick to the road better, and also lowers the car by a little over an inch. Also added our patented axle back exhaust so that it sounds as bad as it is! Then we added Katzkin leather seats front and back, and the custom striping down the center line. On the dyno, this Whipple supercharged 5.0 put down 612HP to the rear wheels. That calculates to 780 HP at the crank. The end result? The Modern Muscle Cars "Stage 2 GT, and, it's 50 State emissions compliant.

Available options that can be added to any package: