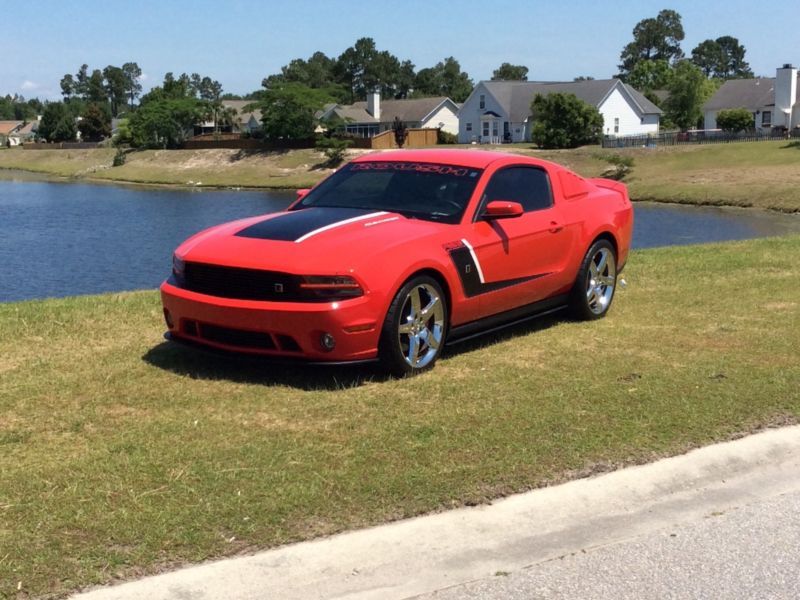 Up for sale is my 2012 Roush Mustang. I bought this car new in June of 2011 from Lance Cunningham Ford in TN. This
car has 3,600 pampered miles on it. The car still smells new on the inside. I paid over $61,000 for this car. I have both keys, and brand new RS3 floor mats still in the plastic. This car is race red and you can see it for miles coming down the road. This car has always
been taken care of. I have put this car in many local shows and have always come home with a trophy. As far as
performance it doesn't get much better than this car. The supercharged 5.0 L that is in this car is absolutely
amazing; mated to a 6-speed transmission with a short throw shifter. The car is equipped with Roush exhaust that
sounds great! This car has several options on it. One can even change the cluster lights and exterior halo lights
on the car. There are three different steering modes including standard, comfort, and sport modes. If you want a
like new RS3 this is the one for you. 3,982 miles on this car is absolutely no miles and has only been driven in
great weather