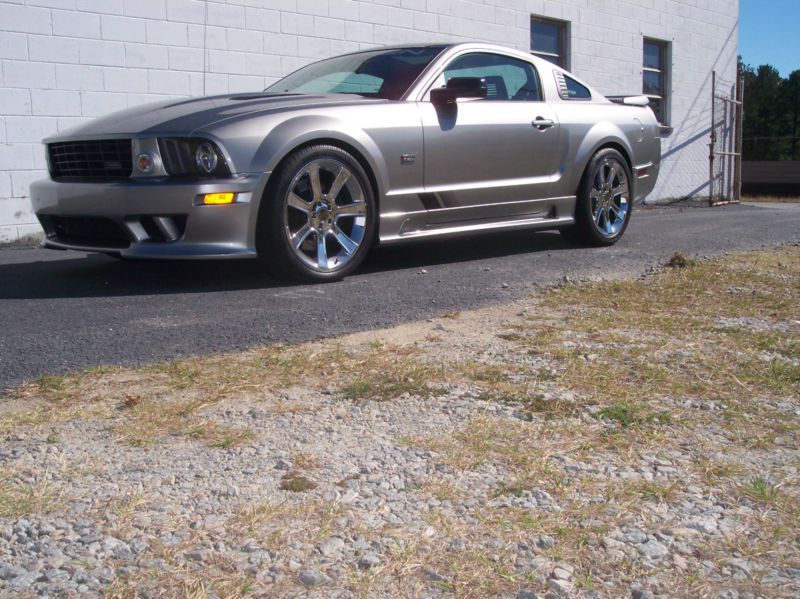 2008 Saleen Supercharged 5 speed scenic glass top with 19,000 miles. Bright silver paint code ZY with black
interior code 5W, built on 12/07. Clean Car Fax ,was a one owner with 12,890 miles on when I bought it. It came out
of a guys collection and it is one GREAT Saleen. The color is what makes this Saleen, the Saleen number is #197 on
a SN-197 body which only can be one of one for the year 2008 and has the glass top too. It drives out great has
465 HP and the 5 speed shifts perfect. Body is very clean and the same for the interior, the Saleen drivers floor
mat still has the plastic wrap on it. I have shown it a few times and has always placed, it should and it is still
like new. If you have any questions or need more pictures please let me know. I do not have a buy it now price, if
I did it would be listed so please don't ask.