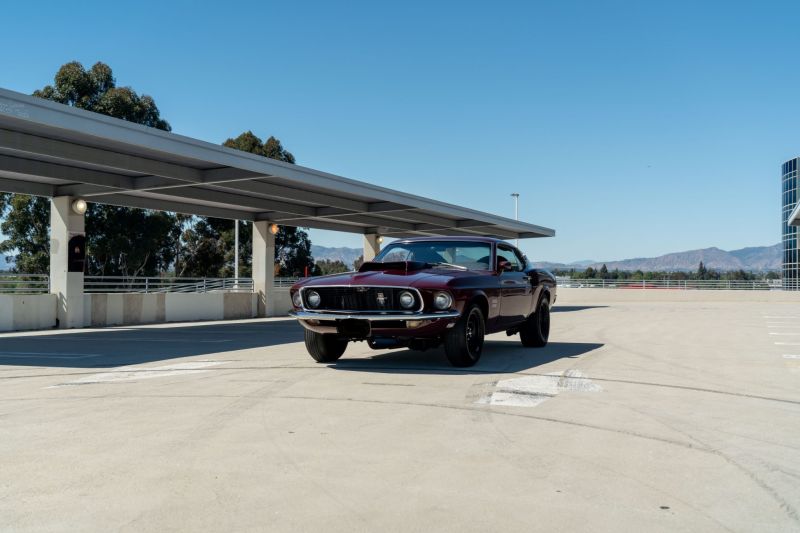 Message me at : romer3rafa4@gmail.com This 1969 Ford Mustang Sportsroofis finished in burgundy over black vinyl upholstery, and power comes from a Ford big-block V8 paired with a four-speed Top loader manual modifications include a fiberglass hood scoop, an Edelbrock RPM intake manifold, a Holley 800-cfm carburetor, a Per Tronix billet distributor, a Griffin aluminum radiator, Bilstein shocks, Lakewood traction bars, Thrush stainless steel mufflers, a Hurst shifter, and a 9" rear end with a 3.50 1Traction-Lok differential. This Mustang is now offered with recent service records,