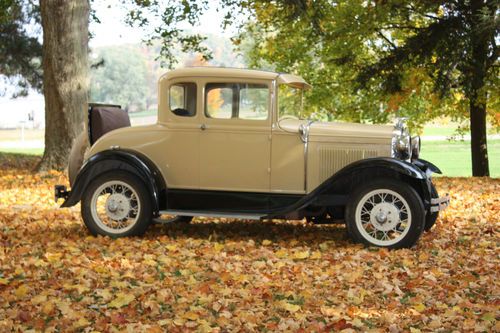 Condition: UsedA vehicle is considered used if it has been registered and issued a title. Used vehicles have had at least one previous owner. The condition of the exterior, interior and engine can vary depending on the vehicle's history. See the seller's listing for full details and description of any imperfections.Seller Notes:"There are a few stone chips on fenders."

This classic has 17,141 miles on it.  It was recently restored.  It has a new battery and tires. There have been approximately 300-400 miles put on it since the engine was rebuilt. The frame and undercarriage are clean. It starts and runs well.  The interior is beige. The exterior is cream and black.